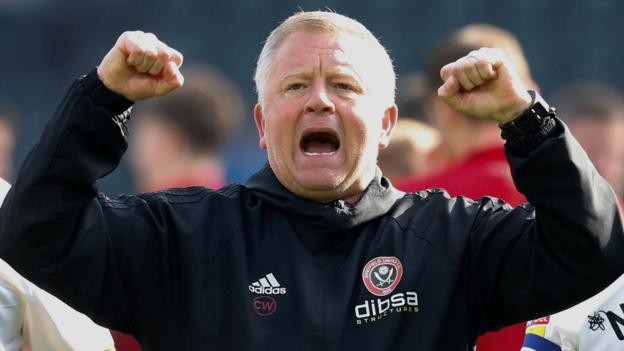 Sheffield United manager Chris Wilder has signed a new three-year contract after leading his boyhood club back to the Premier League.

The ex-Blades defender, 51, returned as boss in 2016 and has led United to two promotions in three years.

He was named LMA manager of the year after they returned to the top flight after a 12-year absence.

"Chris signing a new contract underpins everything we are attempting to do," said chief executive Stephen Bettis.

"He's been the catalyst for our success over the past few years."

How Chris Wilder worked his way up to the Premier League

Wilder has won three promotions in four seasons having led Northampton out of League Two in 2016 and previously steered Oxford back into the Football League in 2010.

Members of his backroom staff at Bramall Lane are also expected to sign new contracts before the start of the season.