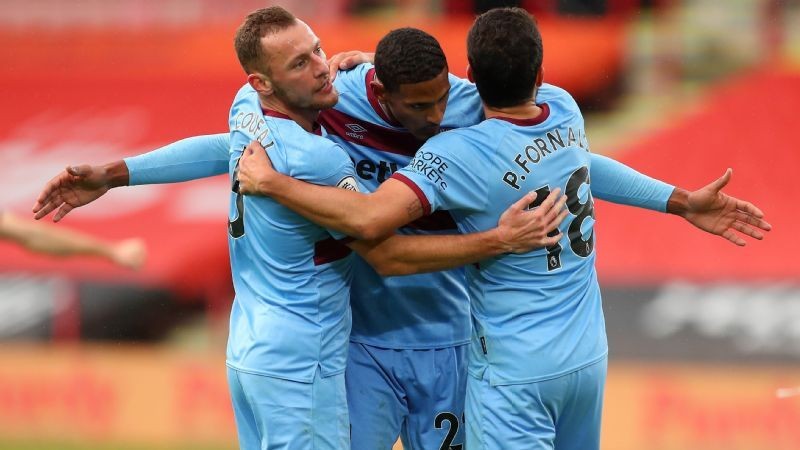 Nov 22 (Reuters) - West Ham United striker Sebastien Haller's thumping second-half strike condemned Sheffield United to a 1-0 Premier League home defeat on Sunday that leaves them rooted to the bottom of the standings with a single point after nine games.

Though the visitors dominated possession in the opening 45 minutes, the Blades created several opportunities with striker Oliver McBurnie going closest with a header that forced a fine save from Lukasz Fabianski.

Their wasteful finishing was punished in the 56th minute as West Ham won the ball in midfield and worked it up to French-born Ivory Coast striker Haller, who drilled a thunderous shot into the top corner via the fingertips of Aaron Ramsdale.

Haller had a chance to double his side's advantage but he somehow fluffed his first-time shot from Arthur Masuaku's centre, steering the ball wide of the target in the 70th minute.

West Ham.s Declan Rice could have put the game beyond doubt three minutes later but his header from Aaron Cresswell's corner hit the woodwork and bounced to safety.

Scorer of six league goals last season, Scotland striker McBurnie has yet to open his account this term but his aerial ability and tireless running caused problems throughout as Sheffield United poured forward in search of an equaliser.

He finally beat Fabianski in the 75th minute, but his left-foot shot hit the crossbar as West Ham hung on for a win that moves them up to eighth place on 14 points.

The Blades remain bottom having scored just four league goals, and wing-back George Baldock could not hide his disappointment at the final whistle.

"It's been our story of the season - good box-to-box, but not taking our chances. It's not just the strikers, we are lacking that final bit and it is costing us at the moment," he told Sky Sports. (Reporting by Philip O'Connor; Editing by Christian Radnedge and Ken Ferris)