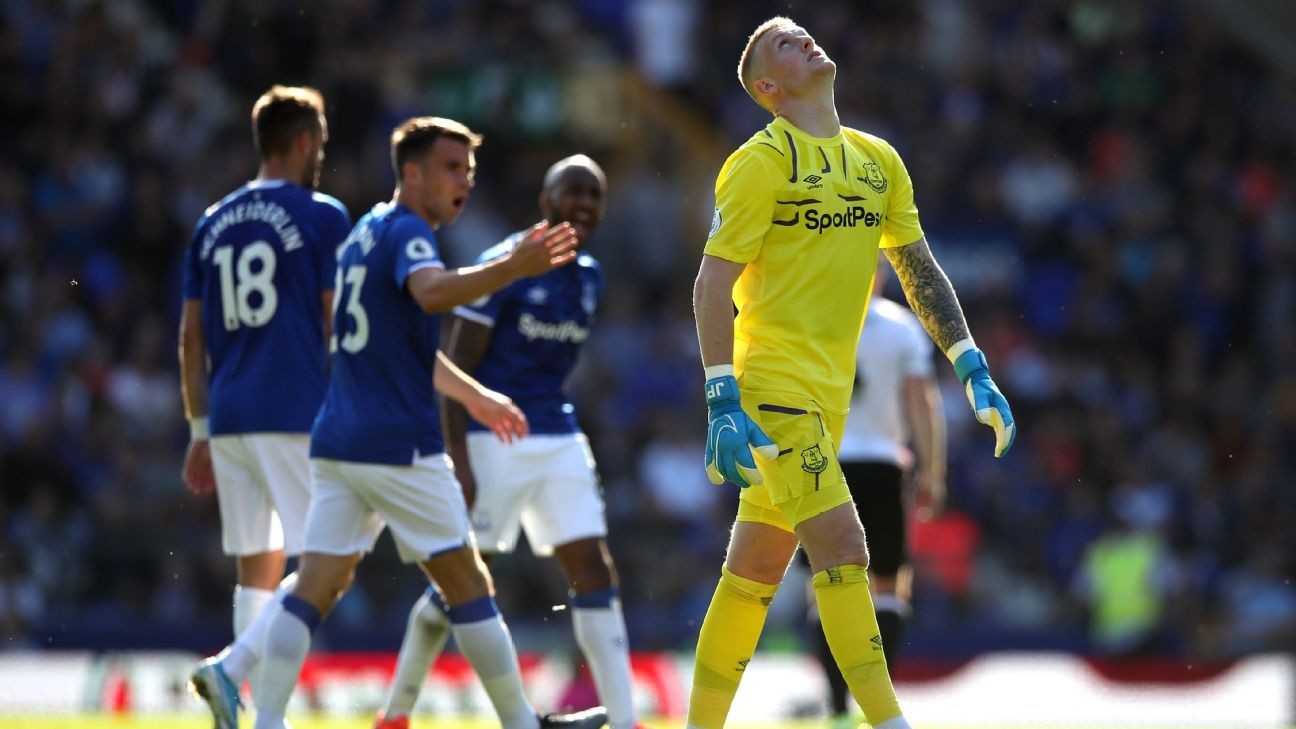 A first-half own goal by Yerry Mina and a late Lys Mousset effort gave Sheffield United a smash-and-grab 2-0 win at Everton in an entertaining Premier League match on Saturday.

The result lifted the Blades to eighth place on eight points from six games while Everton slipped to 14th on seven points after they failed to convert several chances at Goodison Park.

Colombia defender Mina put the ball past his own goalkeeper Jordan Pickford in the 40th minute after the first purposeful move by the visitors resulted in a corner.

Everton dominated the opening half and their Brazilian forward Richarlison curled a fine shot inches wide before visiting keeper Dean Henderson kept out a stinging low drive by Lucas Digne.

Everton pressed after the break in search of an equaliser but were caught cold again in the 79th minute when Mousset latched on to a defence-splitting pass and beat Pickford with a clinical finish to delight the away fans.

Sheffield United held out comfortably in the last 10 minutes as Everton manager deployed Theo Walcott in a desperate attempt to salvage something from a disappointing performance.