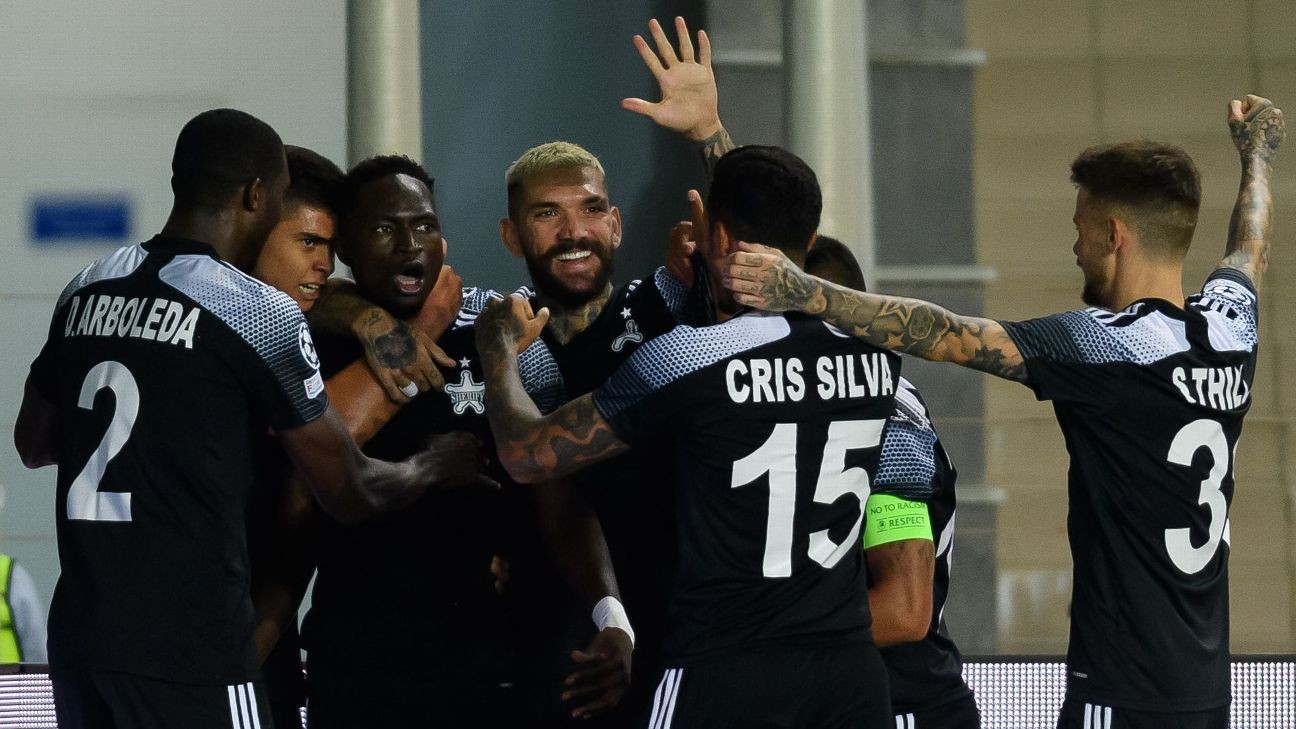 Ukraine's Shakhtar dominated possession but the hosts took their chances when they came, Adama Traore steering in a 16th-minute volley before Momo Yansane headed home midway through the second half.

Sheriff, from the unrecognised breakaway state of Transnistria, came through four rounds of qualifying to become the first Moldovan team to play in the group phase of Europe's elite club competition.

Their shock victory over a Shakhtar side competing in the group stage for a fifth successive season left Sheriff top of Group D ahead of Inter Milan's clash with Real Madrid.