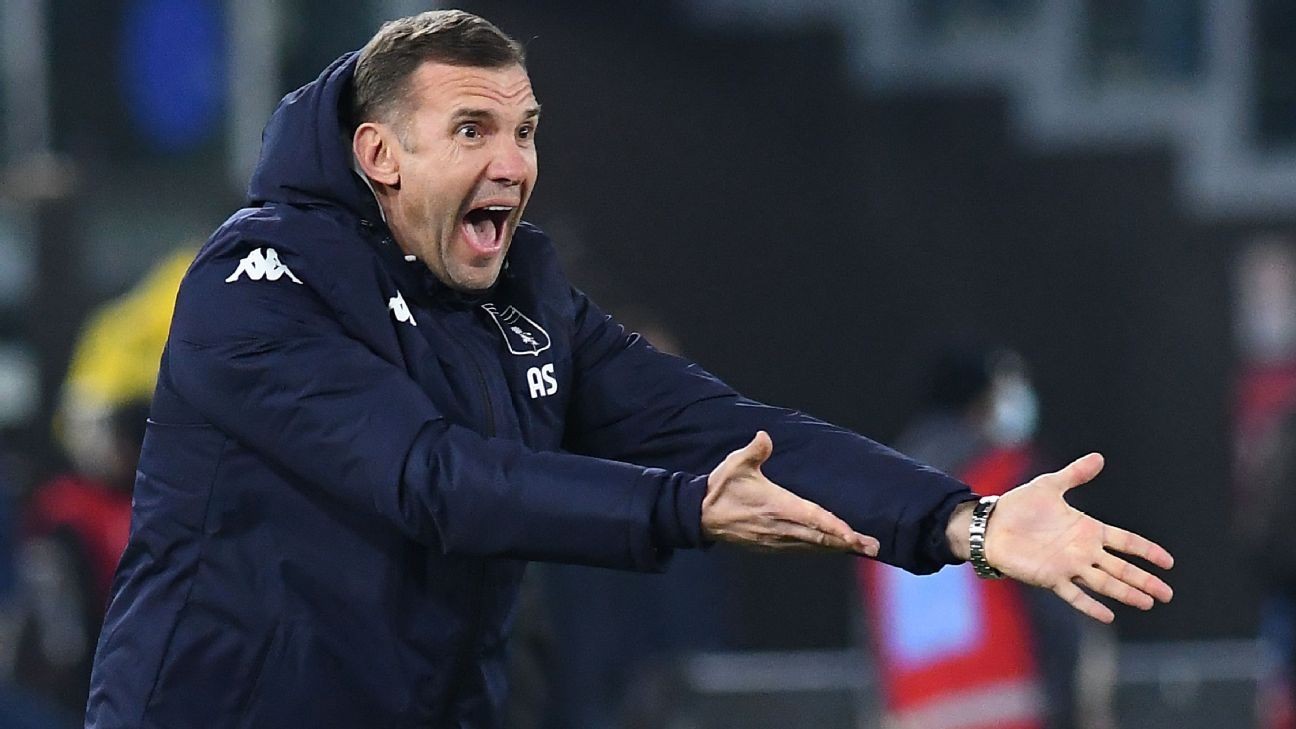 Andriy Shevchenko has been sacked by Genoa after just 11 games in charge as manager, the relegation-battling Serie A club announced on Saturday.

The former Ukraine manager signed a deal until 2024 on Nov. 7, but an extra-time defeat against his former club AC Milan in the Coppa Italia on Thursday proved to be the final straw after a dismal run of form.

Genoa were winless in the league under Shevchenko's tenure, with six losses and three draws during his nine Serie A games in charge. The Ukrainian's only victory came in a 1-0 win over Salernitana in the Coppa Italia second round in December.

"The club thanks the coach and his staff for their hard work in recent months," the club said in a statement.

Former Genoa defender Abdoulay Konko has been promoted from the youth set-up to take charge of the first team on a temporary basis, with the assistance of Roberto Murgita.

Genoa's next game is away to Fiorentina in Serie A on Monday evening.