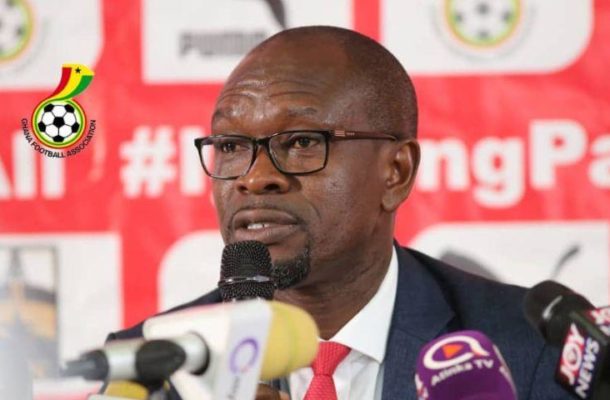 Ghana coach Charles Akonnor has not signed a contract with the football association  despite taking charge of the Black Stars on a two-year contract.

The former international midfielder is set to sign the deal that binds him as the coach of the senior national team since taking charge this January.

According to Joy FM reporter Gary Al-Smith: ''Ghana coach CK Akonnor did not sign a contract before taking the job, according to information we have. He's also not been paid, yet," the respected sportswriter wrote on his social media handle on Twitter on Monday.

But the ex-Black Stars captain has no legally-binding agreement between him and his employers the Ghana FA-cum-the Ministry of Youth and Sports.

Akonnor took over the squad from his former boss Kwesi Appiah after the latter's contract was not renewed following the expiry of his contract at the end of last year.

This means the former Asante Kotoko and Hearts of Oak coach alongside his assistant David Duncan are clueless about their remuneration and incentives.

Akonnor announced a 23-man squad in Accra last week head of the two 2021 Africa Cup of Nations qualifiers against Sudan.

Ghana coach CK Akonnor did not sign a contract before taking the job, according to information we have. He's also not been paid, yet. More details on @Joy997FM on our Monday afternoon show. Starts in 10 minutes. #JoySports