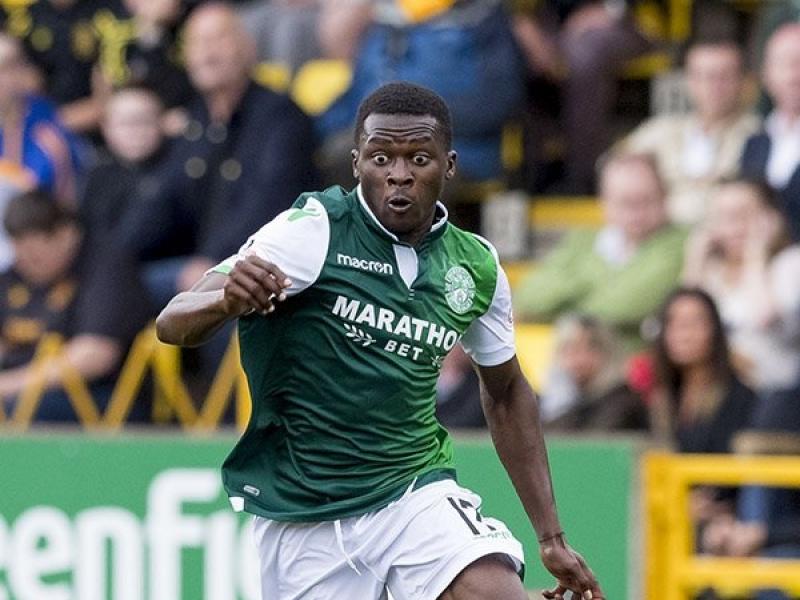 Ghana coach Kwesi Appiah SHOCKINGLY named Thomas Agyepong in his squad for the 2019 Africa Cup of Nations even though the Scotland-based midfielder has played just 32 MINUTES of first team football in THE PAST SIX MONTHS!

The 22-year-old was part of the 29-man squad named this week by the Black Stars coach to start camping ahead of the tournament to be played in Egypt next month.

Ghana are desperate to win the title for the first time in 37 years, yet it appears the country is travelling to the tournament on its weakest feet.

A disturbing revelation has exposed the fact that the player has not even played, in total, HALF of one football match - that is 45 minutes - in the past six months because of injuries.

Agyepong, who is on loan at Scottish side Hibernian from Manchester City, is talented but severe and rampant injuries have restricted him to only one start since the start of season.

The winger’s season with the Easter Road club has been ravaged by the injuries that have ensured that he has made just ten appearances - mostly from the bench- in the dying minutes of matches.

A thigh injury sustained in his comeback match following two months out with a knee problem ruled Agyepong out from late November until, he returned to play three times as a substitute in the closing matches of the season.

However, this disturbing statistic hasn’t stopped Black Stars coach Kwasi Appiah from including him in his plans ahead of the tournament in Egypt.

The revelation is bound to spark anger and fury among football fans as players with regular playing times with bigger clubs and bigger leagues were ignored.

Other players like Albert Adomah, Kwesi Appiah, Patrick Twumasi, Raphael Dwamena, Godfred Donsah and John Antwi - even though have been impressive were also overlooked by the coach.

The revelation certain spark the debate over the criteria used in selecting players cursory glance of statistics will show the level of performance of each player selected.

The Black Stars will start their training in Dubai on 1 June with friendlies against Namibia and South Africa before the squad is trimmed to 23 players.