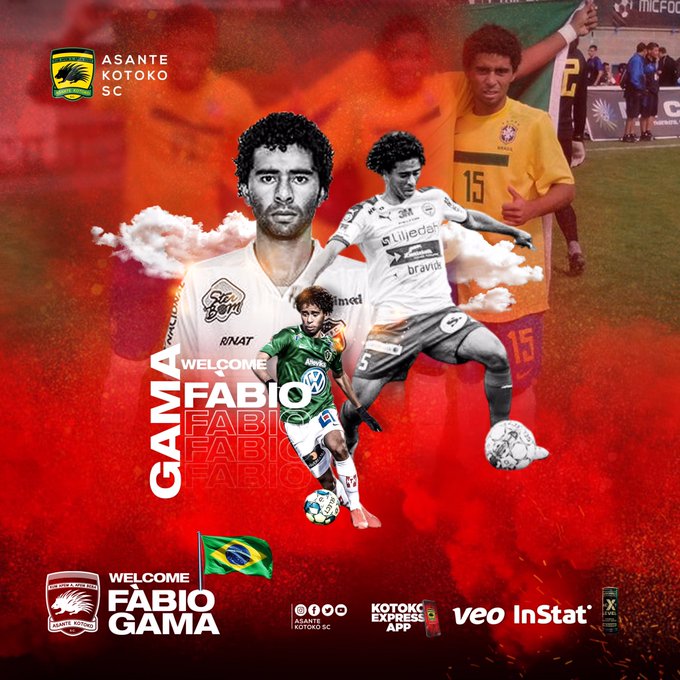 Ghanaian giants Asante Kotoko have completed the signing of Brazilian midfielder Fabo Gama on a two-year deal, the club announced on Friday.

The 28-year-old has joined the Porcupine Warriors on a free transfer.

Gama becomes an astonishing 10th player to sign for the two-time African champions ahead of their participation in the CAF Champions League and the 2020-21 Ghana Premier League.

Gama, previously on the books of Swedish side Suprettan side Jonkoping IF as well as Varnamo, ABC FC, SE GAMA, EC Bahia and Botafogo , must fend off competition from new recruit Latif Anabila, Emmanuel Sarkod and Salifu Mudasiru.