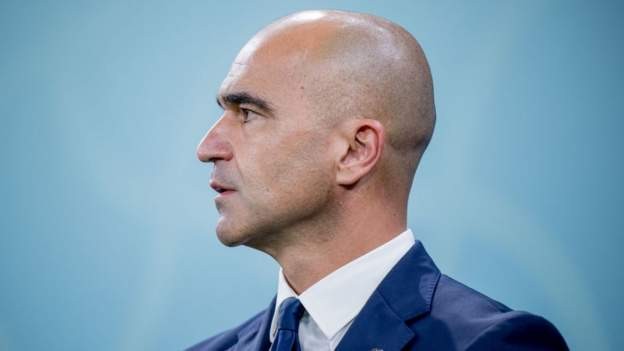 Striker Romelu Lukaku is still unlikely to feature in Belgium's second World Cup group match against Morocco despite being ahead of schedule in his return from a thigh injury.

Wing-back Thomas Meunier and forward Lois Openda could start after coming off the bench against Canada.

Morocco full-backs Achraf Hakimi and Noussair Mazraoui will be assessed.

An injury-plagued season has seen Lukaku play five times and complete 90 minutes just once since rejoining Inter Milan on loan from Chelsea.

His latest problem has seen him sidelined since the end of October and he missed Belgium's 1-0 win over the Canadians before resuming team training on Friday.

"Medically Romelu was only available for the third game, but he's ahead of where he should be and the signs are very good," said boss Roberto Martinez.

"I don't expect him to be involved on Sunday unless something very good happens today [Saturday]."

Belgium got a bit of a scare from Canada but I am expecting them to be much better this time.

Morocco weren't bad in their draw with Croatia, but we know the quality that Belgium have got.

Belgium's victory in the group stage of the 1994 World Cup is the only competitive meeting. The Red Devils have won their last eight World Cup group-stage matches to equal the tournament record achieved by Brazil on two occasions (1986-1994 and 2002-2010).Morocco have won only two of their 17 World Cup matches (D6, L9). They claimed victories in their final group stage fixture in 1986 (3-1 against Portugal) and 1998 (3-0 against Scotland).They have only reached the knockout phase at the 1986 World Cup in Mexico.