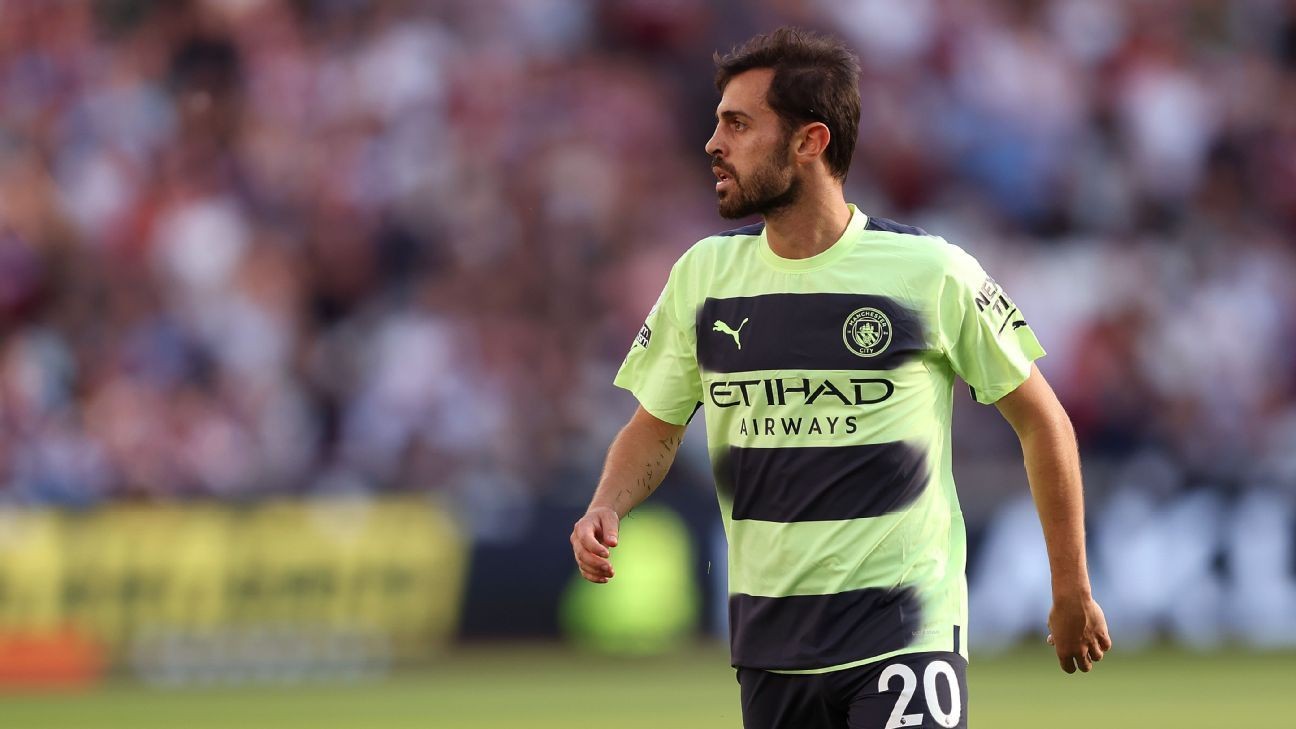 Bernardo Silva has told ESPN he is happy at Manchester City but admitted his future remains up in the air with just three weeks to go before the end of the transfer window.

Silva has been linked with a move to Barcelona despite the Spanish side's difficulties in registering their summer signings who have already arrived at Camp Nou.

On Tuesday, City rubbished reports they have agreed a £67.5 million fee with Barcelona for Silva, but, speaking to ESPN, the Portugal midfielder left the door open for a move before the window closes.

"I've always said that I'm happy here but I have no idea what's going to happen," Silva, who was a substitute in City's 2-0 win against West Ham United on the opening weekend of the Premier League season on Sunday, said.

"We'll see, honestly. My relationship with the club is very honest. I've been open with them and they know what I want. If I stay, I'm very happy and I will always respect this club and give all my best.

"If not, it's football and we'll just see what happens."

City have already agreed to let Raheem Sterling move to Chelsea this summer and have allowed both Gabriel Jesus and Oleksandr Zinchenko to join Arsenal after they made clear their desire to leave the Etihad Stadium.

City are keen to keep Silva but manager Pep Guardiola has repeatedly said publicly he does not want players in his squad who are unhappy.

And Silva, who is under contract until 2025, said he expects whatever happens between now and the end of the window to be handled "respectfully."

"It's a big club and they don't want players who are not happy at the club," Silva added at the launch of the adidas X Speedportal boot.

"They always say to all of us that if you're not happy, you can go. Of course, they are in business and they want the right amount of money for letting us go but personally it's a relationship with the club that is very respectful.

"As I said, I will always respect my relationship with Man City, with the fans, with the staff, with my teammates so whatever happens, happens and it for sure will happen in a very respectful way."