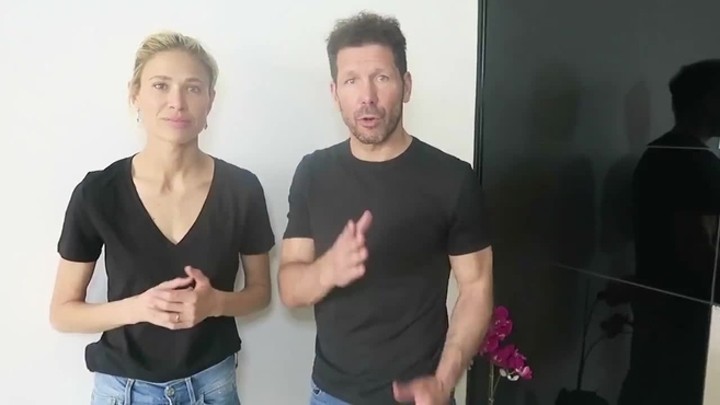 Diego Simeone's coronavirus campaign is continuing to expand in the fight against the pandemic.

The Argentine coach set up the initiative, which raises funds for the Red Cross in Madrid, alongside his wife Carla Pereyra and the Atletico Madrid foundation on March 20.

Atletico president Enrique Cerezo, captains Koke and Amanda Sampedro and foundation president Adelardo Rodriguez have all joined up to support the campaign.

CEO Miguel Angel Gil Marin is also supporting the movement, encouraging other members of Atletico to do the same.

Now, after other first team players like Alvaro Morata and Thomas Partey got involved, the campaign is beginning to attract stars of the film world.