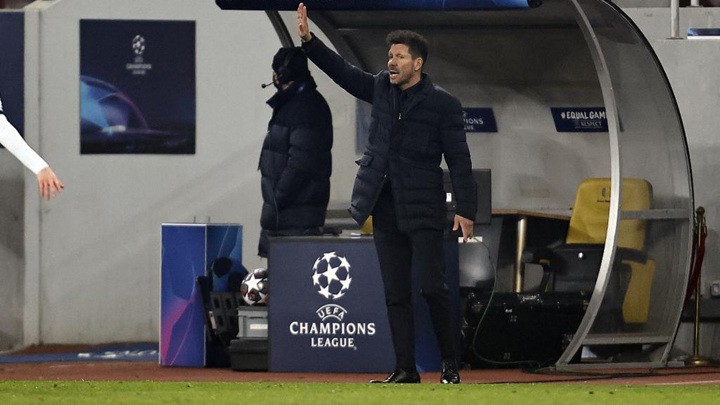 Diego Simeone has played down the importance of Atletico Madrid's 1-0 defeat to Chelsea in the first leg of their Champions League last 16 tie.

The result means Los Rojiblancos are now three games without a win in all competitions, having seen their lead at the top of LaLiga Santander cut recently too.

"I'm confident in the team that we have," Simeone told the press in Bucharest.

"If you told me in September that we'd lose [this game] and still be [league] leaders, I'd have taken it.

"We're having a difficult time, that's the reality. More in terms of results that the performances on the pitch.

"We have to focus, work hard and improve.

"Right now, the tie is difficult. They have an advantage, but I'm confident in my team."

Atletico's defensive approach was undone by Olivier Giroud's bicycle kick in the second half.

"I don't know what they were expecting," Simeone said in response to criticism of his tactics.

"Everyone can have their own opinion. Through organisation and talent, we were looking for danger after getting the ball back.

"[We have to] keep working, focus on what went well, improve and try to improve the players that have had COVID.

"The opinions are valid. We understood that we had to play the game as a home game.

"We struggled more with the precision to sustain attacks after winning the ball back and the game was really tough.

"There weren't goalscoring opportunities. We managed to control their attacks at times.

"We needed to link up more and have more precision."

Will Atletico be changing their approach for the second leg at Stamford Bridge, then?

"You can't change a match after it's been played. It is what it is," Simeone added.

"That's why it's such a beautiful game."