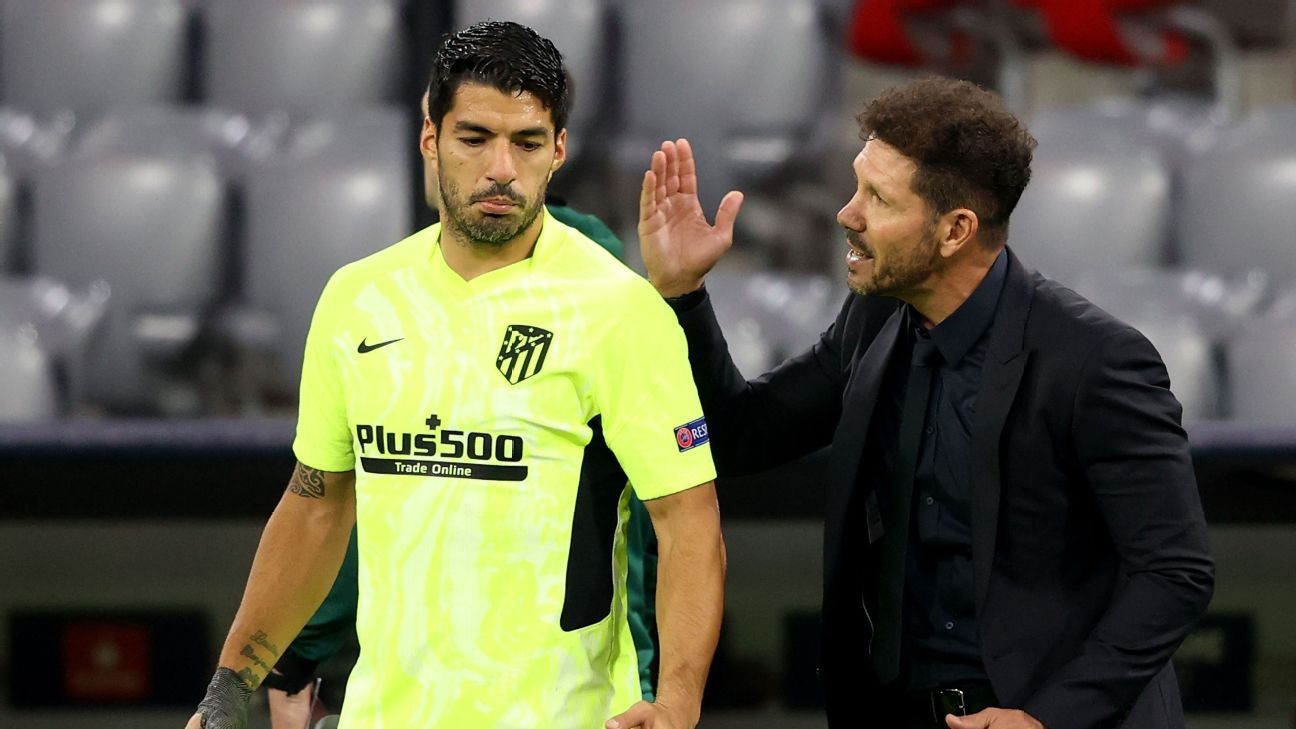 Suarez has scored 16 times in his debut season with Atletico to propel them to the top of La Liga but he has yet to find the net in four Champions League games for the club.

In his previous four seasons with Barcelona, he only scored 10 times in the Champions League while he has not netted in an away match in the competition since September 2015.

"Luis generates fear in rivals no matter what competition it is," Simeone told a news conference before Tuesday's game, moved from Atletico's Wanda Metropolitano to Romania due to a ban on arrivals in Spain from Britain to control COVID-19 infections.

"He has skills and qualities that attract a lot of attention from any rival. We'll talk about his problems scoring away from home when we go to London, but tomorrow is a home game for us."

Atletico Madrid's Luis Suarez explains the mentality that has made him one of the world's top strikers.

Suarez, in an exclusive interview with ESPN last week, said that he still feels he can compete a championship level.

"I still feel like I'm enjoying this moment that I'm in today, in football's elite," Suarez told ESPN, at an event organised by Puma. "Being at Atletico, you're in football's elite. Some people didn't believe that I could still be at this level. I've got the same enthusiasm.

"I hope that this year, next year and for however many years it is, I keep competing and giving my best, until you realise that you've gone as far as you can. But no one will get rid of me. I'll decide when I go."

Simeone praised opposite number Thomas Tuchel, who has led Chelsea to five wins and two draws in all competitions since succeeding Frank Lampard in January.

"We'll be facing a team with a coach that has managed to get every side he has taken charge of to play attractive football. He has come to a club that have a lot of financial power and who always make good signings," he said.

"This season they've signed some excellent young players and since Tuchel has arrived they've improved their results a lot.

"But their squad speaks for itself, just look at the quality of their three goalkeepers, that proves their power, and their attacking players could get in any team in the world."

Simeone's side landed in the Romanian capital smarting from a surprise 2-0 home defeat to Levante which cut their lead at the top of La Liga to three points and left them with one victory in their last four matches.

The Argentine also did not make a fuss about the change of venue for a match they should have hosted at home.

"In the current state the world is in we just have to try and focus on doing what we enjoy, which is playing football, without worrying about what we can't control. We'll just focus on facing a great side with top players," he said.

Reuters contributed to this report.