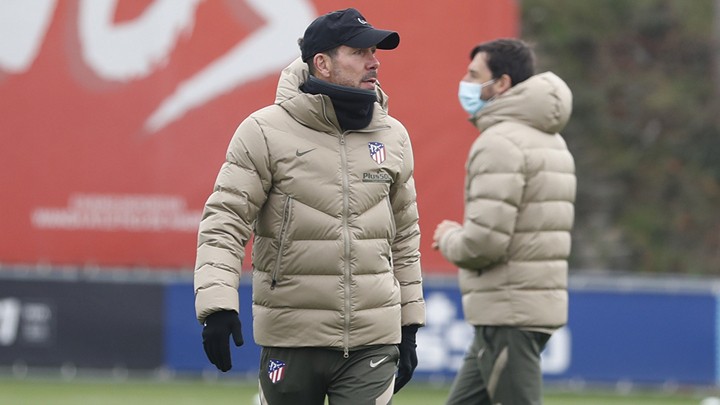 Diego Simeone has revealed that Luis Suarez is in good shape and could play in Atletico Madrid's match against Bayern Munich if he tests negative for COVID-19 on Tuesday.

The Argentine coach also indicated that if Suarez does not make it for the European game at the Estadio Wanda Metropolitano, he will feature in the upcoming LaLiga Santander home match against Real Valladolid on Saturday.

"This virus is strange," Simeone told the press. "If [Suarez] tests negative, he could be fit [to play]. He wants to help the team.

"He feels good, and wants to be with the team. The most important thing is that he is well and that he returns to normal with a negative test result.

"If he does not play tomorrow he will play on Saturday."

Bayern Munich travel to Madrid without several starters but Simeone believes that the Bundesliga side will be able to field a strong team regardless the players that step on the pitch.

"We are facing Bayern Munich, a team that are involved in many competitions and have decided their squad list based on that," Simeone added. "We will have to play against whichever team they field.

"[They are] a team with a lot of power in the midfield. They are also very good upfront and the majority [of their forwards] will be there. They are a team who score a lot of goals and that is their strength."

Atletico's lack of scoring prowess has been criticised this season but Simeone is adamant that Los Rojiblancos possess very talented strikers who can capitalise on the team's opportunities.

"It's clear that [Diego] Costa and Suarez are strikers who can score the chances that the team can create," noted Simeone. "We have more players who score goals.

"We have to strengthen [the team] with the players who are there. Some days the ball will go in and others not as always happens in football.

"We will continue working on training to improve. Forcefulness is what counts the most in football."