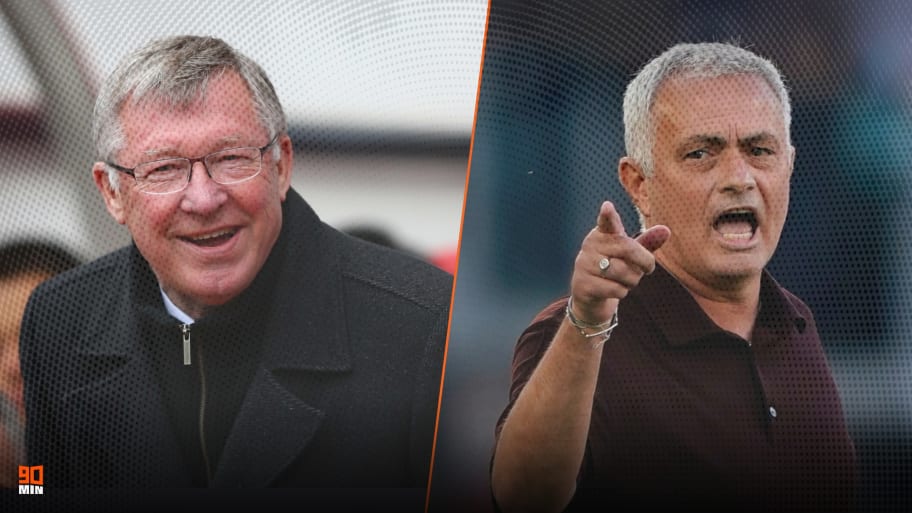 Footballing terms coined by Sir Alex Ferguson and Jose Mourinho have officially been added to the latest edition of the Oxford English Dictionary.

In its most recent quarterly update, the OED has expanded its catalogue of footballing phrases ahead of the 2022 World Cup to now include Ferguson's 'squeaky bum time' and Mourinho's 'park the bus'.

The two phrases make up part of a 15-strong addition to the dictionary and have both become iconic pieces of terminology in the game throughout the 21st century.

'Squeaky bum time', which was coined by Ferguson in 2003, is defined as: "A particularly tense period of time, esp. one leading up to the climax of a competition or event."

Mourinho's 'park the bus' is defined with: "To play in a very defensive way, typically by having the majority of outfield players close to their own goal and showing little attacking intent."

"[Arsenal] have a replay against Chelsea and if they win it they would face a semi-final three days before playing us in the league. But then they did say they were going to win the Treble, didn’t they? It’s squeaky bum time and we’ve got the experience now to cope," he said at the time.

The idea of 'parking the bus' became incredibly popular following Mourinho's rise to prominence in the Premier League, winning back-to-back Premier League titles with Chelsea with the style of overtly pragmatic defensive football which he is widely known for.

This article was originally published on 90min as Sir Alex Ferguson & Jose Mourinho have phrases added to Oxford English Dictionary.