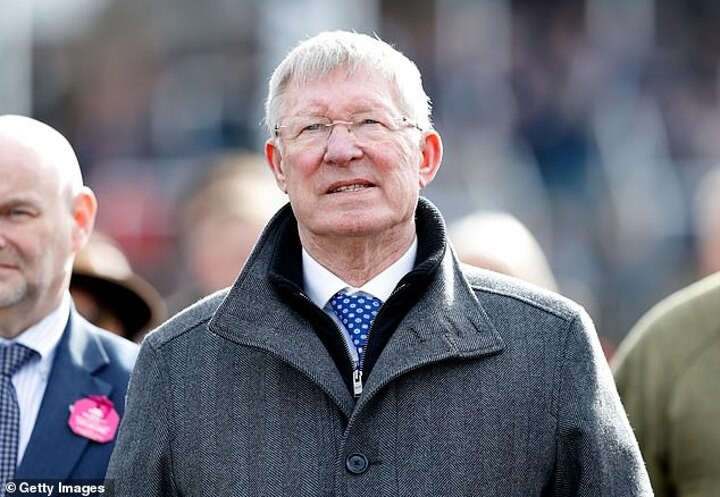 Sir Alex Ferguson has praised the efforts of Marcus Rashford, as he teamed up with the Manchester United forward to tackle child food poverty.

Rashford was awarded an MBE for his campaigning — which also saw the Government twice make a U-turn on providing free school meals during holidays.

Now Rashford has said former United boss Ferguson is set to pledge up to £2million towards the FareShare charity for which the 23-year-old is an ambassador.

'You have to be shocked at the number of people in need of food,' Ferguson, 78, told The Times. 'Marcus has opened the eyes of everyone in Britain. The work he's done has been fantastic and we're all so proud of him because of that.

Meanwhile, Paul Pogba is set to miss Manchester United's match at Southampton tomorrow but Ole Gunnar Solskjaer eased fears that the Frenchman has suffered a recurrence of the ankle injury that kept him out for much of last season. Solskjaer said that the problem is a 'separate issue' from the injury in the same joint.