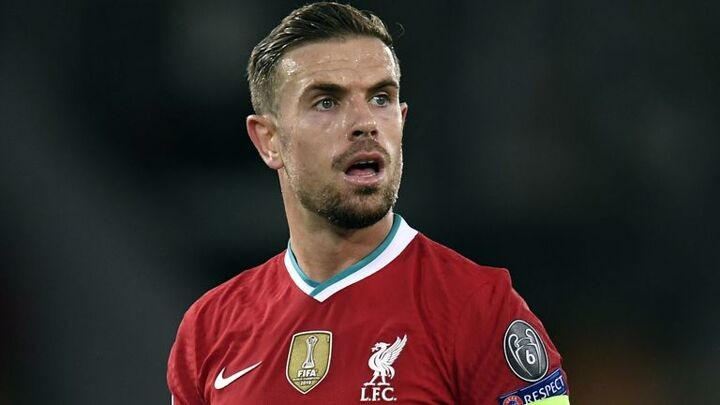 Sir Alex Ferguson says he wanted to buy Jordan Henderson while in charge at Old Trafford, but was advised against it by the club's medical staff on the basis of the midfielder's running style.

Manchester United head to Liverpool on Sunday for a top-of-the-table clash, live on Sky Sports Premier League, with Ole Gunnar Solskjaer's men at the summit and three points ahead of the Reds.

Henderson, 30, captained Liverpool to last year's Premier League title, but he was criticised at the beginning of his spell at Anfield, and Ferguson says the England international could have made the move to Manchester United instead had the Scot not listened to the advice of his medical team.

"We were ready to make a bid for Jordan Henderson at Sunderland. I spoke to Steve Bruce and he loved the guy," Ferguson said on 'A Team Talk With Legends' panel in aid of Sports United Against Dementia and the League Managers Association's charity In The Game.

"And then our medical department said they were not happy with his running style - he could be the type to have injuries.

"I must say it was one of my bits of management to make sure the player is always available. If you sign a player and he is not available for you, it is a waste of time so that is the point I have to make about Jordan.

"We loved him as a player and he has proved that now, he has been fantastic and all the stories I am being told, it tells me I missed out on a really good person."

Sir Kenny Dalglish, in his second spell at Liverpool, brought Henderson to the club in 2011 and revealed the key advice he gave to the midfielder early on during his time on Merseyside.

"He was a baby when he came, he was only 19," the 69-year-old said. "I looked for some players and I went to watch Blackburn vs Sunderland and I wish I stayed at home!

"There was only one person on the pitch looking to make a pass and who made a pass and was thoughtful and decisive. Driving home, I said to Steve Clarke he is the only one we'd take from there.

"We set the wheels in motion and he came in and to start with, he was very demanding of himself.

"He would wave his arms if he misplaced a pass and I said to him, 'don't do that, if you do that, everyone knows you've made a mistake'. It might be a mistake but don't tell them and take control of yourself and play.

"We told him he could play and he has, and by the way what an outstanding person he is as well as a footballer.

"As soon as it was announced we had problems with Covid, he was straight in there to organise to put money towards, along with the other players, those who are not as fortunate."

Under Ferguson's stewardship, United won the Premier League 13 times but have yet to triumph in the division since his departure in 2013, while arch-rivals Liverpool ended their 30-year wait to win the league title again under Jurgen Klopp last summer.

Ferguson admitted Liverpool's "phenomenal" form over the last two seasons makes him thankful he retired when he did.

"They are the two most successful teams in Britain when you add up all the trophies," he said.

"United against Liverpool, it is the game of the season - the most successful sides in the country.

"Thank goodness I've retired, because when I see Liverpool's performances over the last two seasons - they have been phenomenal."

Pogba: Man Utd not at Liverpool's level - yet

Paul Pogba admits Manchester United are not at the same level as Premier League champions Liverpool just yet. Although Pogba says his side can win their first Premier League trophy since 2013, the France midfielder believes their title credentials will be severely tested on Sunday.

Speaking exclusively to Sky Sports, Pogba said: "We have improved a lot, we keep improving but we still have a very young team.

"We know how good they have been playing over the last few years - we know their quality and how they play. It's always been a tough game. We know how difficult it will be and we just have to focus and try to stay at the top.

"I think we can win it if we keep our focus, but there's a lot of teams that can win it - we are not there yet, we are still very far."

Klopp hits back at Clattenburg: 'I don't play mind games'

Liverpool manager Jurgen Klopp insists he isn't playing mind games ahead of Sunday's match against Manchester United after comparing the number of penalties awarded to both teams.

Speaking after Liverpool's 1-0 defeat at Southampton earlier this month, Klopp questioned why United have been awarded "more penalties in two years than I had in five-and-a-half-years".

Former Premier League referee Mark Clattenburg accused Klopp of a "blatant attempt to influence a referee ahead of a big game", but the German laughed off suggestions he has attempted to gain a psychological edge ahead of the crucial match.

"Am I surprised that somebody is talking about what I said after the Southampton game? No," said Klopp.

"Am I surprised that Mark Clattenburg speaks about it? No. I'm not sure if he got asked a lot of things. It's nice that long after his career, we can talk about him as well.

"I'm not Sir Alex [Ferguson] for different reasons. He [Clattenburg] said that we tried something... mind games? Directly after the Southampton game, I didn't think a second about the United game at that moment.

"Before the game against Southampton I saw the stats about the penalties, that's what I mentioned.

"When people like Mark Clattenburg, speaking like they speak, it always says much more about them then it could ever say about me.

"If he would be in my situation, he obviously would play mind games, but I am unfortunately not - I have no skills for playing mind games."

Bruno Fernandes relishes the responsibility of helping to bring silverware back to Manchester United as the Portuguese playmaker prepares for his first encounter with Liverpool.

"I think, as everyone knows, when you come to a club like Manchester United, you come to win trophies," Fernandes said.

"It doesn't matter now that we're out of the Carabao Cup and Champions League, and going into the Europa League, the main thing for me is that every trophy I have in front of me I want to win.

"So at this moment we have three trophies we can win - the Europa League, FA Cup and Premier League - and we will go for all of them.

"But for us, it's about winning game by game because being first in January or beating Liverpool in January and going six points ahead doesn't mean you will be champions.

United have the chance to go six points clear of Sunday's opponents with a victory that Solskjaer believes would be an "upset".

Fernandes says defeat would not "make Liverpool worse than before" and appears unruffled by the match coming up, so too talk by the likes of Klopp about the number of penalties they have been getting.

"I don't hear (them)]! I don't care, honestly," Fernandes added. "You always see what people say but I really don't care. I'm not focused on what they are saying.

"I played in Portugal and when you play for Sporting, Benfica and Porto are always talking about that kind of stuff - sometimes to put pressure on the referee, sometimes just to make some noise in the press.

"But, for me, the main point is when we have a penalty, if I go to take the ball to the penalty spot, I have to do my job."

Manchester United can send shockwaves around the Premier League with a victory at Anfield so it is imperative Liverpool show exactly why they are champions, says Jamie Carragher.

A first Anfield victory exactly five years to the day since their last - live on Sky Sports - will see Ole Gunnar Solskjaer's Premier League leaders open up a six-point gap between themselves and the champions, strengthening belief they can clinch their first league title since 2013.

Sky Sports pundit and former Reds defender Carragher believes Liverpool must prove they are the better team with a performance that puts United back in their place before their title challenge gathers pace.

"I actually think it's a bigger game for Liverpool," Carragher said. "The onus is more on them.

"If United got a result there, that's when the belief would come that they could win the league. I still think people think United may fall away and Liverpool have still got that edge, but if they won at Anfield that would send shockwaves through the Premier League.

"It's a game where Liverpool need to show they are the champions, they are the better team, get the result and also a performance that puts Manchester United back where they are."