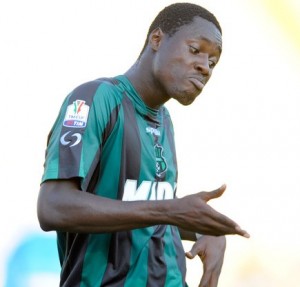 Six Europe-based players will join Ghana's Under-20 team that will play Italy next week.

The sextet will bolster the Black Satellites squad in Viterdo where they play Italy's Under-20 national team at the Stadio Communale di Viterdo on 9 November.

Ghana will play the youth side of Parma three days later at the Stadio Tardini.

A continent of 18 locally-based players will depart Accra for Roma on Monday 7 November.

The trip to the peninsula is organized by locally-based sports consortium ArthurLegacy.

"This is big exposure for the next Ghana Under-20 team," CEO of ArthurLegacy Oliver Arthur MTNFootball.com

"We want to give the other junior national teams the opportunity to be competitive on the Fifa dates.

"This will help raise the profiles of the other national teams and put us among the world's best footballing countries."