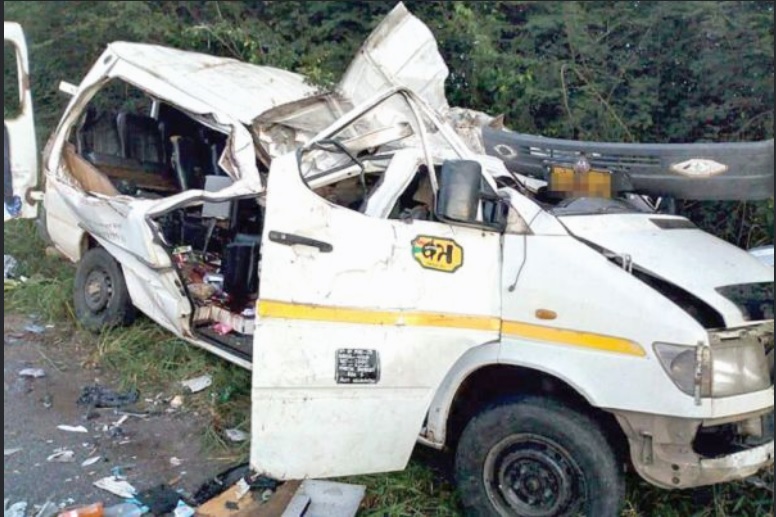 Eight young Ghanaian footballers died while four others are fighting for their lives hospital after the driver of the bus carrying the juvenile team lost control and the vehicle plunged into a the Offinso river on Saturday.

Six players died instantly following the accident in the Ashanti Region and two more succumbed by Saturday night in the hospital where the critically injured players were undergoing treatment.

The accident happened after the driver lost control of his vehicle which then plunged into the Offinso River causing the death of the aspiring footballers.

The lifeless bodies were recovered from the river as people in the nearby towns rushed to the scene to offer their help.

The team that plays in the Colts League -  the youth league in Ghana - was travelling from Afrancho, a suburb in Kumasi, where it is not clear whar their mission was.

The team that plays in the Colts League -  the youth league in Ghana - was travelling from Afrancho, a suburb in Kumasi.

Others say the team was returning from a football competition while reports say they had travelled to register their players for the upcoming season.

But is the most like that they had gone for a competition as regiustrations normally take place at the regional FA in Kumasi.

Twenty-four (24) other kids are also receiving treatment at the St. Patrick Hospital in Offinso following the accident.

The news has thrown the entire football fraternity in Ghana into a deep state of of mourning as the deaths of the such young souls has shaken followers of the game.

But the players of the Offinso-based met their untimely deaths - with very scanty details on how the bus involved in the crash.

The Offinso-based team were returning home after travelling to Afrancho- a suburb in Kumasi-to register players for the upcoming season.

It is unknown the number of kids on board in the bus.