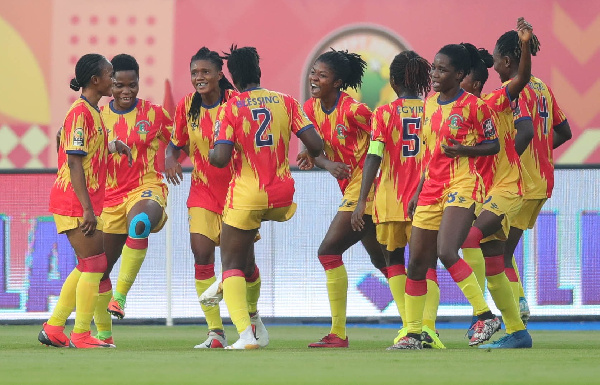 Hasaacas Ladies coach Yusif Basigi has revealed there has been offers for some of his star performers from the CAF Women's Champions League.

The Ghanaian champions finished second after defeat in the final to Mamelodi Sundowns with most of their players making team of the tournament.

Evelyn Badu was top scorer and the tournament's best player with the likes of Doris Boaduwaa and Janet Egyir distinguishing themselves at the tournament.

Basigi insists it is hard to convince the players to stay after offers abroad came flooding after the competition.

"After the CAF Women's Champions League, we have been inundated with offers from top Africa and European clubs for most of our girls. I'm struggling to convince some of them to stay but at least, six of them will leave." Yussif Basigi told Angel FM.

Hasaacas Ladies won five trophies in 2021, including the National Women's League, the Women's FA Cup and the WAFU Zone B Cup.