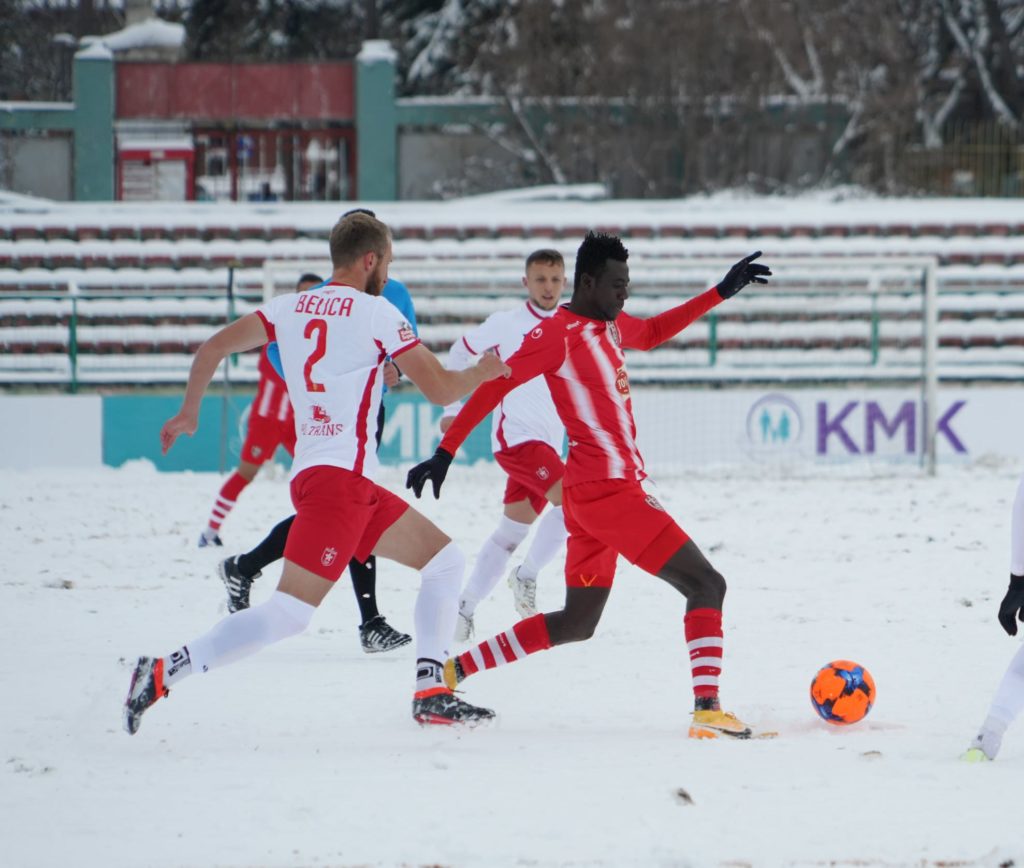 Alfred Mensah in action for Skenderbeu

Striker Alfred Mensah scored for the fourth consecutive week on Saturday, 16 January 2021, when Skenderbeu lost 2-1 at home to giants Partizani.

The 21-year-old found the back of the net in the 65th minute to halve the deficit for the home team.

It was his fifth league goal of the season in 12 appearances.

As early as the third minute, Jurgen Bardhi put the visitors ahead before Nigerian Theophilus Solomon doubled their lead four minutes later.

Mensah's newly-found scoring form started when he netted the consolation in the 5-1 defeat at Vllaznia Shkodër.

He then scored the opener in the 4-3 win over Bylis.

Last week, he was on target when Skënderbeu Korçë earned a 2-2 draw at Kastrioti Krujë.