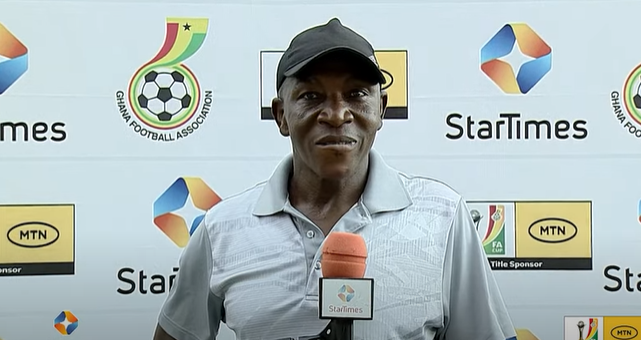 Skyy FC coach Abdul Malik Mohammed expressed his disappointment after his team was eliminated from the MTN FA Cup on Thursday.

The second-tier side were hoping for a huge upset, but Hearts of Oak demonstrated a great display and won 1-0 at the Accra Sports Stadium.

“I was a little bit disappointed with the performance especially in the first half because what we planned to do somewhere along the line, the boys failed to do it.”

“Sincerely speaking we could have done better in the first half like what we did in the second half. Unfortunately, the goal we conceded is something that we worked on, but a slight loss of concentration cost us,” he told StarTimes.

Patrick Razak scored the decisive goal in the second half after receiving an intelligent pass from Gladson Awako.