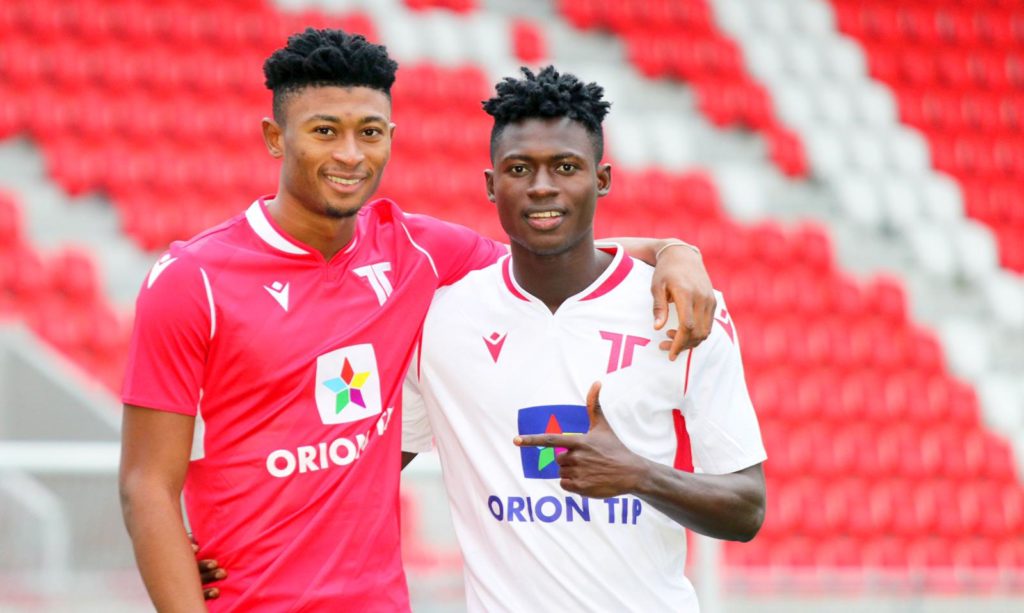 Trencin have praised Accra Lions for properly nurturing young Ghanaian players to become top stars for the club in the Slovakia top-flight side, Ghanasoccernet.com can reveal.

They made this revelation following their latest caputre of two young players from the Accra-based club who have been turning heads over their professional approach.

This comes after the club signed talented winger Joseph Amoah and highly-tipped midfielder Rahim Ibrahim ahead of the re-start of the Slovakia top-flight this month.

The two Ghana U20 players are the latest talents to move directly to the European club without trial following in the footsteps from of one of the country's biggest prospects Osman Bukari.

Bukari, who currently plays for Belgian side Gent after excelling for Trencin, moved from the Slovakian side three years ago from the Ghanaian Division One.

The pair of young Ghanaian players followed Bukari's path last week when they signed multi-year contracts with AS Trencin and the club's general manager Robert Rybnicek is excited about the partnership with Accra Lions.

"We continue to oxygenate our team, so to speak. The arrival of the pair of talented and motivated players is supposed to help, " said the general manager of the club, Rybninek.

"They came from the same environment as Bukari. We believe that they will follow in his performance and path. Osman is doing great advertising for us in Belgium today, and maybe in time it will be in an even higher ranked league competition."

Their performances for the Ghanaian club forced Trencin to open negotiations two months ago to acquire the signature of the two players who thrilled the Division One league last season.

In their short stint Division One of Ghana football, Accra Lions have made a huge impact as several youngsters now make the club their preferred destination to hone their careers.