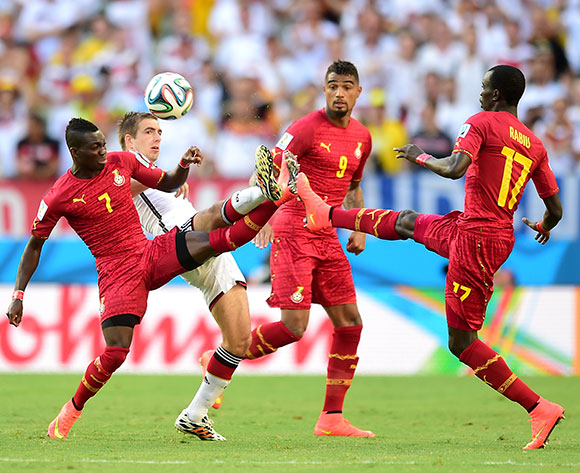 On May 25, 2014, black Stars coach,Kwesi Appiah, gave us the 23 names that will represent the nation at this yearâ€™s World Cup finals. He claimed this roster was as a result of incredible torture and tedious consideration.

These were suppose to be 23 of the most selfless, patriotic, ambitious and talented young men this nation had to offer. But 2 months after the world cup in Brazilâ€¦ that is all that she wrote.

Those 2 or so weeks in Brazil will forever be the single most embarrassing weeks in all of my twenty-odd years following football in this country.Â  Where do we even begin to give account of what happened? Do we start with the more than one-hundred Football Association (FA) executives that accompanied the football team to Rio? Or should we instead focus on the huge bonuses they paid themselves? Which is more egregious, a plane full of dollars or a Minister of State for football? As for the over 200 asylum-seeking â€œproudâ€ supporters of the Black Stars, the less said, the better. Indeed the only thing to be proud of was the principle of Natural Selection that took place in the camp of the Black Stars. That we managed to get Fatau Dauda, Agyemang Badu and Inkoom on one side and KP Boateng, Andre Ayew and Adam Kwarasey on the other, proves beyond all reasonable doubt that Darwin was indeed a genius.

All the hype and the unnecessary charade in the run up to the tournament culminated in a massive fail. It was one big circus, and the real purpose of going to Brazil ( WINING) was lost on all involved. A rich history beckoned, yet we chose to kiss the hand of todayâ€™s riches. Men chose paper at the expense of having their names cast in iron and stone, and eternally-etched onto the hearts of the people. They say they fought for what was rightfully theirs. The truth is, if they had annexed the trophy the people would have fought for not only them, but for their children and childrenâ€™s children. Never before had we assembled a more talented group of players. The team almost picked itself.

Judging by how some of the big teams performed in this tournament, history was there for the taking. And we blew it. But as with all failed projects and relationships there are always scapegoats and victims.

Today Kwesi Appiah has been let go, albeit silently.Â  The man whom I described as Django â€“ after Quentin Tarantinoâ€™s film starring Jamie Foxx â€“ has been relieved of his duty. He will not be leaving in his wake plaudits, awe-struck gazes and jaw-dropping stares of admiration. Instead, it will be a deafening silence from his supporters while his detractors pour forth an incredible amount of abuse and bask in an obscene sense of vindication. Of course they will say, â€œWe told you so.â€ From the word go, he was given little chance. They likened him to aÂ â€œslumâ€. Why has Ghana gone to the slums to pick a coach? they asked. Today, the sheer arrogance and total lack of respect for the manâ€™s achievement as a player speaks volumes. Unfortunately, his contribution as a manager far outweighs the good he did for his nation as a player. Perhaps, the biggest irony in all of this is that the silent killerâ€™s reign would probably be the loudest and noisiest of all the Black Stars coaches combined.

For some of us, the disappointment is even bigger. Because we genuinely believed it was time a local man, and a black man for that matter, stepped up to the plate. In my head, I could only see Kwesi Appiah as that one black man, riding on the back of a horse along the sacred route, in a quest for World Cup glory. One which all who preceded him were white men, Foreigners. This therefore, would feel like a huge slap in the face. Our belief and hope that the â€œslumâ€ would turn into a world class facility never materialised. Today â€œUncle Okoâ€ has come in with his bulldozers and cleared all the wooden structures in a bid to end the rot. Sadly, Kwesi Appiah would be remembered as the man who almost ruined Ghana football. Harsh? Absolutely, but believe it or not, fortunately or unfortunately, Ghana football is all about the Senior National team. Forget all the millions he will earn,for after all this is said and done, a manâ€™s pride has been bruised here. Tragic.

But it shouldnâ€™t end here. Real change must come. And itâ€™s not just by sacking the coach. The cholera affecting Ghana football has more to do with our attitude as a nation than it is the doing of a single man.Â  Corruption, greed, selfishness has ensured that patriotism has been shown out the door.

The FA have gone back to a man who abandoned the team in 2010. Yet I have little left in me to question the rationale behind this. As it stands now I would take langabel as coach if it meant saving some face and restoring the little pride that is left.Â Â  After all, it canâ€™t get any worse than it is already.

The single most patriotic thing any Ghanaian can do now is to wake in the middle of the night and leave a big red inscription on the walls of the GFA/Min of youth sports/ commission of inquiry/the govt of Ghana â€“ messieurs,Â  mesdames , STOP WORK & Produce permit. By order!Â  Please produce the permit that gives you the right to toy with our emotions.

Truth is, I need to see the world as a remarkable place again, a place where my beloved team wore the jersey with pride and fought for the flag with all their might and with all their strength. Despite it all, I have faith that that day will come again.