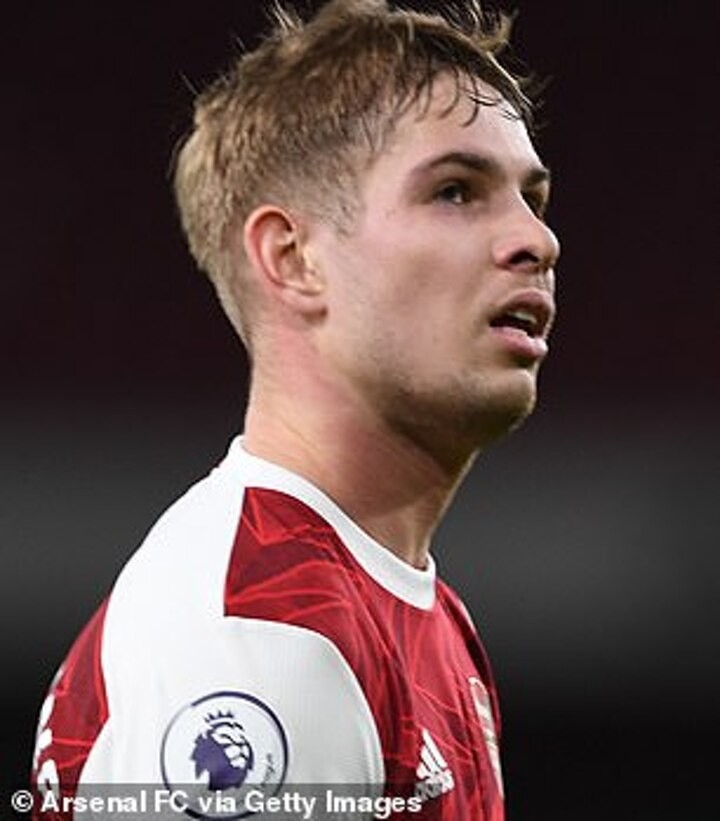 Arsenal midfielder Emile Smith Rowe has praised pep talks from Alexandre Lacazette and loan spells at RB Leipzig and Huddersfield for his emergence as a Premier League prodigy.

The in-form 20-year-old produced his fifth assist of the season to set up Bukayo Saka for the Gunners' second goal as they breezed past Newcastle 3-0 to extend their unbeaten run to six matches.

Asked what had helped him the most, Smith Rowe told Sky Sports: 'I don't want to single out any player but Lacazette, playing together with him up top.

'It’s helped me so much. On and off the pitch he gives me so much confidence. As we link up and play together he talks to me a lot, so I’d probably say him.'

Smith Rowe's first Premier League appearance of the season coincided with Arsenal's resurgent form, featuring in the 3-1 win over Chelsea on Boxing Day that ended a dismal run of results for Mikel Arteta's side.

The starlet reputedly known as 'the Croydon Kevin de Bruyne' by his teammates has set up three goals in five matches since then, helping Arsenal to a far healthier tenth place in the table.

'I've been abroad and I've been in the championship and I feel like it's developed me so much on and off the pitch,' he said of his loan spells in the Championship last season and the Bundesliga during the previous campaign.

'I feel like I've grown and matured into a stronger and more confident person. [Arteta] tells me so much to play free, clear my mind and just be confident.

'If I make a mistake, just carry on and forget about it. For me, to have a manager like that who's played for the club - he gives me so much confidence, so I'm really happy to be getting opportunities.'

Smith Rowe has now set up two more goals than any other Arsenal player this season.

He scored twice and assisted twice during Arsenal's flawless run to the knockout stages of the Europa League.