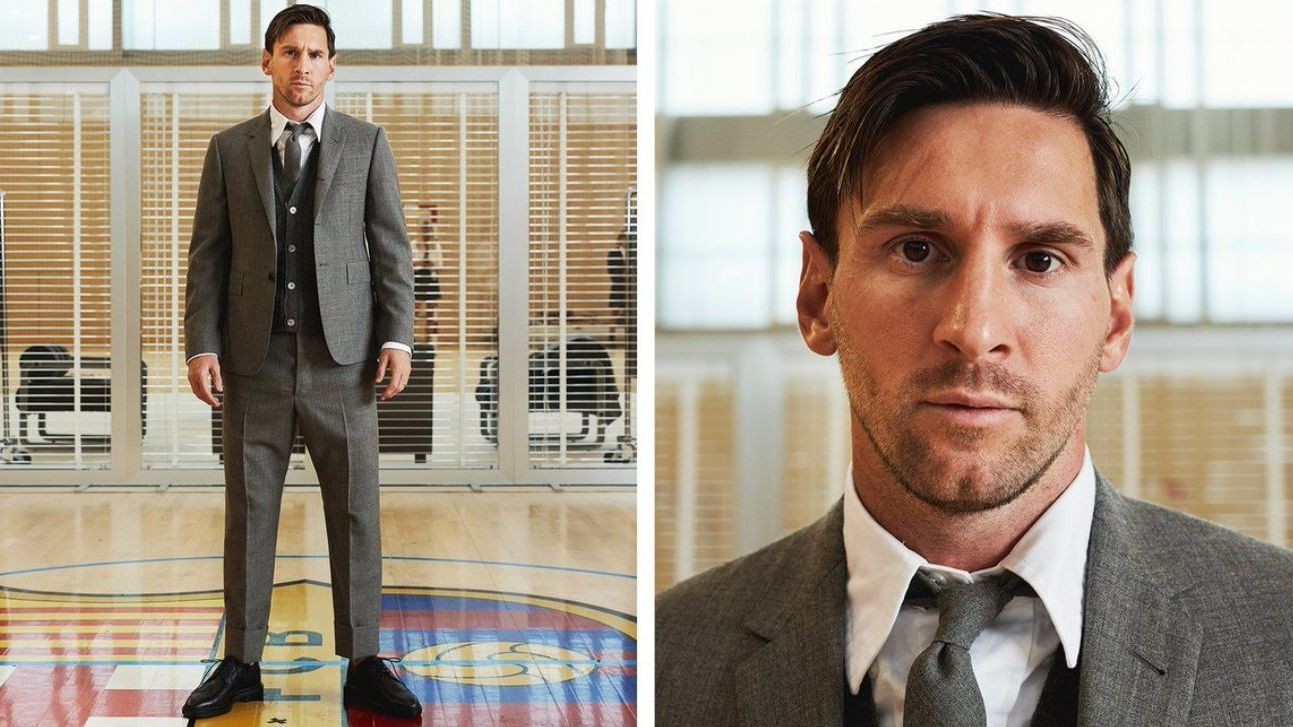 After Ronaldo was spotted wearing an iPod Shuffle, Anthony Richardson takes a look at some iconic retro items.

Liverpool, Gareth Bale and Brendan Rodgers' head all feature in the Exploding Heads' resolutions for 2020.

The world's biggest clubs need more than just on-pitch success to make the big bucks, and that means putting their star players outside of their comfort zone...

Financial analysts Deloitte have published their annual Football Money League in which they chart the global revenues of the biggest, richest clubs in the world.

The upper echelons of the 2020 table (which is calculated using revenue generated during the 2018-19 season) is totally dominated by the European elite -- with Barcelona making more money than anybody else last season and becoming the first ever club to break the €800 million ($890m) barrier in the process.

Last year's table-toppers, Real Madrid, have been bumped down into second place with Manchester United following on in third -- still well ahead of their Premier League rivals but slowly conceding ground to the likes of Liverpool and Manchester City.

For the record, Arsenal narrowly missed out on a place in the top 10, though their fans might well have become accustomed to that sort of thing by now.

But it is not just on-pitch success and TV rights that stuffs the elite's coffers to the brim -- there are various commercial partnerships and corporate wangles that generate big cash for the biggest clubs by putting their star players in all manner of advertisements and photo shoots.

As per Deloitte's report, Barca's leap to the summit is a consequence of the club's decision to "take charge of its own merchandising and licensing activities."

This includes large deals with Nike, Rakuten, and fashion designer Thom Browne, who is on board as the Catalan club's "official formal wear partner" and seems to specialise in making Lionel Messi look like a 1930s public schoolboy and Frenkie de Jong seem like he's just leaned against a freshly painted fence.

They may have surrendered the crown, but Real still haul in plenty of cash through lucrative partnerships with Adidas and Emirates, as well as EA Sports and Nivea.

It gives the Spanish giants leeway to produce adverts of an impressive calibre, like this jaunty vignette of Sergio Ramos and the gang getting on famously with their Emirates flight attendants.

United are infamous for striking up vast numbers of bold and bizarre commercial deals around the world, with their bulging portfolio boasting official vision, coffee, mattress, headwear, electrical styling, and denim partners.

However, it's the club's link with winemakers Casillero del Diablo that provided the world with this tour de force of an ensemble performance from Wayne Rooney, Ryan Giggs and Patrice Evra.

Bayern are the highest German team on the list by some margin, with Borussia Dortmund following on in 12th place.

The Bavarians have several "platinum partners" including Hylo eye care, who seem to specialise in shining intense white light directly into the faces of professional footballers.

Double-digit percentage growth has seen PSG climb back to their highest position on the rich list since 2014-15, thanks in part to a huge increase in merchandise sales fuelled by the club's collaboration with Nike's Jordan streetwear brand.

But that one is far too credible and trendy. The club's tie-up with Deliveroo -- the launch of which required the acting skills of Neymar and Mauro Icardi -- is much more up our street.

City have fallen one place from last year despite enjoying their most successful ever season on the pitch in 2018-19, winning a domestic treble.

They have been bestowed with their own Boeing 787 aeroplane festooned in club livery by Etihad Airways, which is always nice. And they have even, courtesy of Gatorade, had a team of scientists come in to analyse the players' sweat which is... also nice?

Liverpool are on the up and thus become only the third English club to push beyond the £500m revenue barrier. They retain seventh spot from last year but a triumphant 2019-20 may well see them rise by the time the 2021 League is published.

Until then, we'll always have the hilariously wooden Nivea commercials, starring well-moisturised Reds players in various states of undress.

When it comes to the London clubs, Spurs are on top. In fact, they have achieved their highest-ever position by swelling revenue a whopping 21% on the previous year's tally, thanks in no small part to them reaching their first ever Champions League final.

It's not a major trophy, but at least it's something -- just ask the scene-stealing chicken the upstaged various Spurs stars in this Audi promo.

The Blues drop down to ninth place after enjoying four consecutive years up in eighth. A scant slide but a slide nonetheless.

Basically, they need to start selling a few more of their limited edition Hublot watches -- a snip at just $14,000 -- and sharpish!

It won't come as much of a shock to learn that Juve have leapt back into the Top 10 by benefiting from the "Cristiano Ronaldo effect" -- a large bump in commercial activity since the Portuguese superstar's grand arrival in Turin.

Deloitte speculate that the signing of Ronaldo (who has more Instagram followers than Barca and Real Madrid combined) has "undoubtedly increased" the Serie A side's appeal with sponsors.

There's no denying that Cristiano is the ultimate salesman, but his teammates put in a performance almost as charismatic when receiving a motivational teamtalk from a pair of M&Ms.