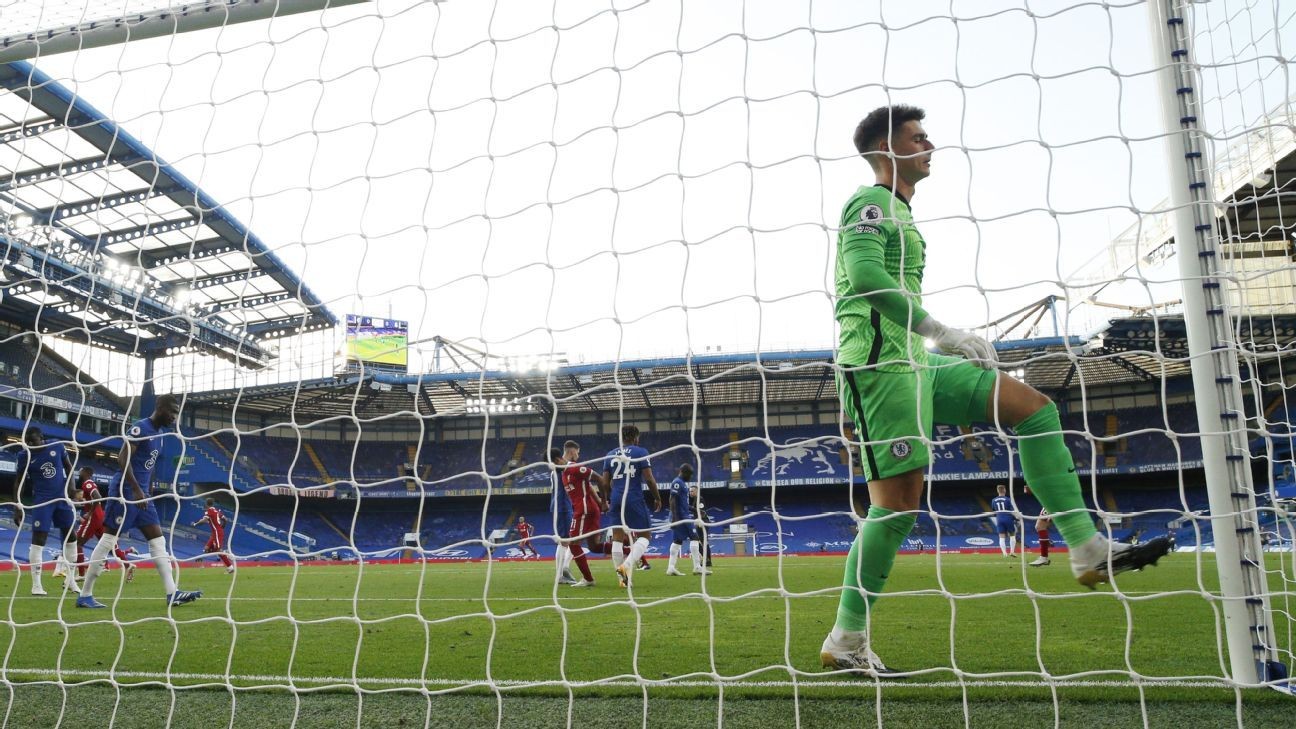 It seems Chelsea's delay in replacing goalkeeper Kepa Arrizabalaga finally caught up to it against Liverpool at Stamford Bridge on Sunday.

With Liverpool already up a goal, and Chelsea down a man due to a red card issued against Andreas Christensen, Kepa took a chance with a bad pass that was chased down by Sadio Mane. Mane gathered himself for an easy goal, his second of the match.

A deal for Stade Rennes keeper Edouard Mendy is expected to be announced this week, but it's too late to prevent Chelsea's loss to the reigning Premier League champs or Kepa from getting torched on social media.

Mane scores his second off a Kepa mistake. #MyPLMorning pic.twitter.com/CqKn47O4Ah

How Mane was looking at Kepa before kick-off 😂😂 pic.twitter.com/G9lOAHzAWh

Athletic Bilbao remembering how much money they sold #Kepa to Chelsea for. #70million#CHELIV pic.twitter.com/RyxVcrzRRU

Frank Lampard as soon as Kepa steps foot in the dressing room pic.twitter.com/o2sWNpP1lL

"How many Premier League matches are you going to concede in this season?" #CHELIV

Nobody :
Absolutely no one:
Kepa : 😅😅😅 pic.twitter.com/INmZbt2y2i

Kepa rumored to join Barcelona as a central attacking midfielder. Messi is impressed by his performance has requested club to sign him as soon as possible. More to come. pic.twitter.com/NPw55g9Aw2