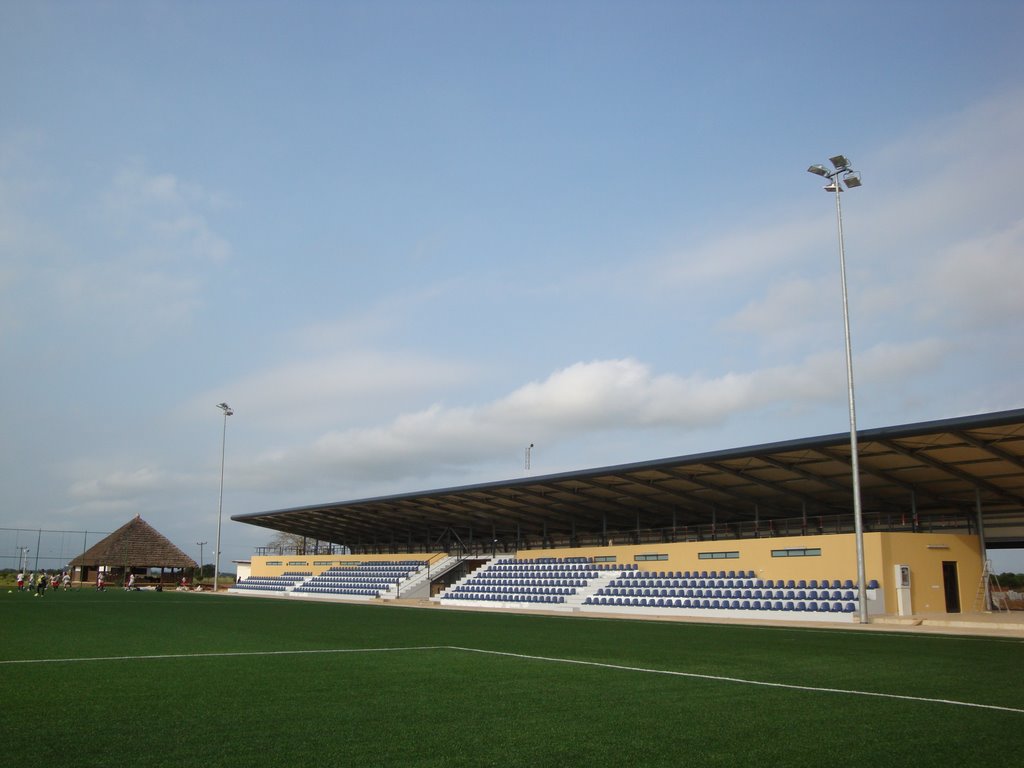 The Sogakope Red Bull Arena also referred to as the WAFA stadium is located in the South Tongu District of the Volta Region.

The Arena has a capacity of 1000 and has been hosting Ghana Premier League matches. It was built in 2006.

WAFA stadium has a staff village, footballer’s camp, a grandstand with a gym, change rooms, and offices as well as all infrastructural works, and playing and training pitches.

The Arena used to owned and controlled by Dutch Eredivisie team Feyernord and was used as a feeder side to the club.