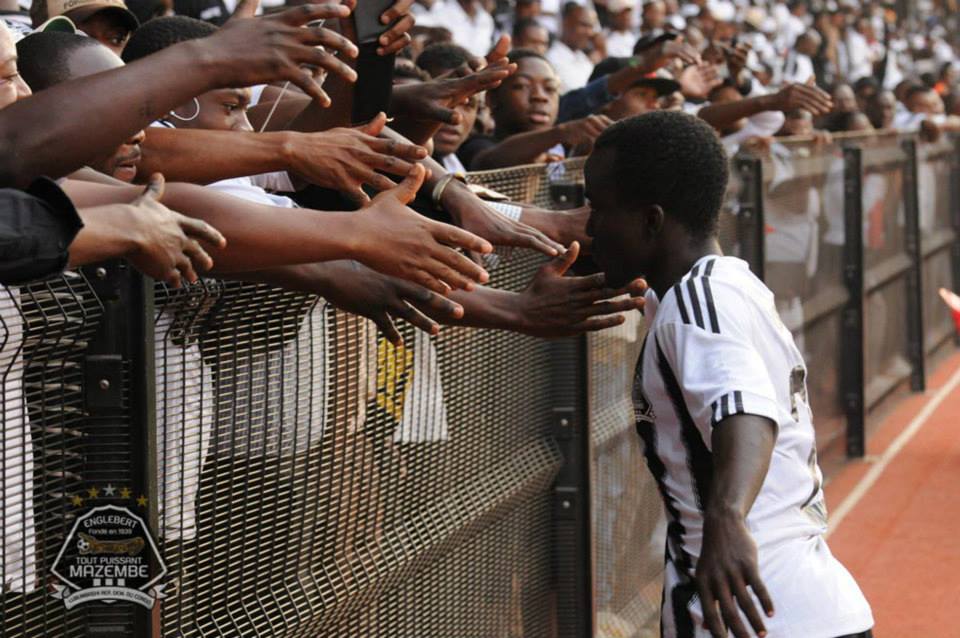 After masterminding the downfall of FUS Rabat on Saturday, El DiabloÂ feels the DR Congo side are well-placed to lift the CAF Confederation Cup trophy and is eager to take on another opposition.

The 22-year-old prodigious winger exploited the Moroccans with consummate skills and his reputable talent on the flanks brought more trouble for the visitors.

Mazembe have crept to the summit of the Group B with four points after two games and look likely to reach the semi-finals of the competition. Asante shows off after glistening display
Their 3-0 victory on Saturday afternoon needed some individual brilliance from Asante to suffice and he did the job with such efficiency that is capable of disintegrating even the world's most formidable defences - his nimble feet perpetually attracting trouble for prey.

Rabat coach Jamal Sellami and his Mazembe colleague have both hailed the former Berekum Chelsea playmaker for remarkable form and is likely to be considered for a continental award by CAF. Asante with team-mates celebrating after scoring opener
The Black Stars strikeforce member is ready to devour more opposition and insist the Ravens are the favourites to win the title and also praised the effort of his team-mate.

"We went into the game determined and its the same measure of determination that will guide us into the rest of the games. It's a relishing feeling to have more of such games. The team did well and the effort was collective," he told Ghanasoccernet.com. Asante is carried by Kissi Boateng
Mazembe dropped out of the CAF Champions League after losing to South African side Orlando Pirates.