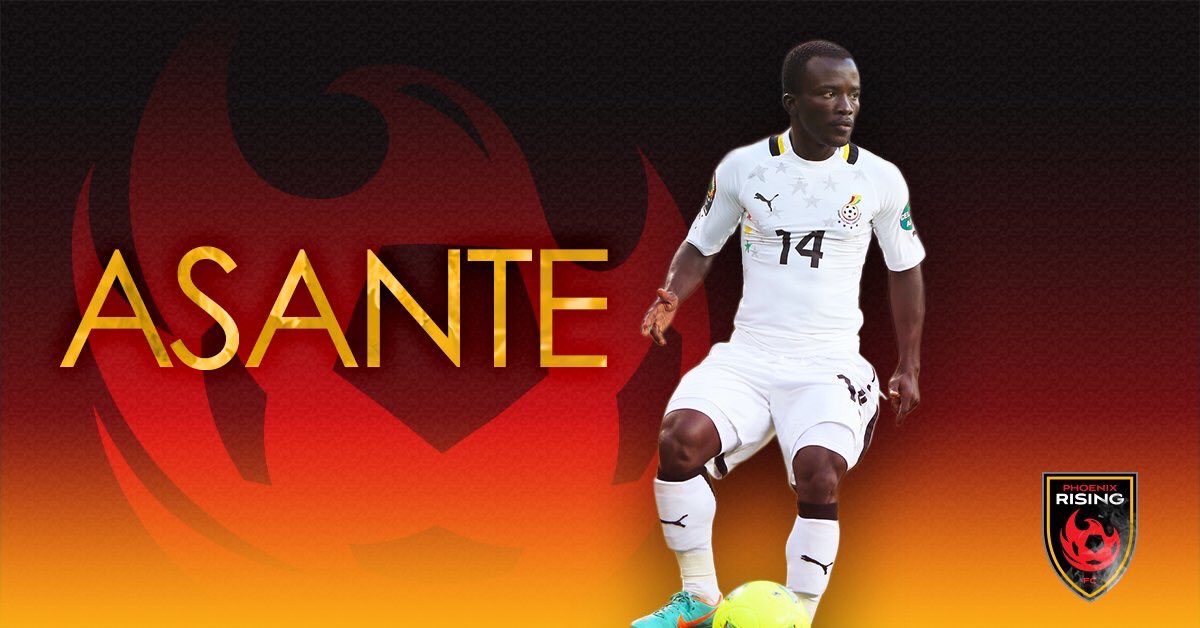 Ghana international Solomon Asante will play outside the shores of Africa for the first time in his career after signing for Phoenix Rising FC GHANAsoccernet.com can confirm.

The Ghanaian who has kept the deal close to his chest arrived in the United States on Monday and went through all the finer checks before signing the deal.

He will be reunited two familiar faces, Patrice Carteron a coach he worked with at TP Mazembe and fellow Ghanaian Gladson Awako who was first to join the USA based team.

Since Asante joined the TP Mazambe in 2013, he helped lead the club to three league titles in four seasons in addition to an African Super Cup title in 2016 and an African Champions League title in 2015. Asante has also played internationally, earning 17 caps with the Ghana National Team.

Highlights of Solomon Asante below:

This midfield is going to PLAY with opposing defenses.