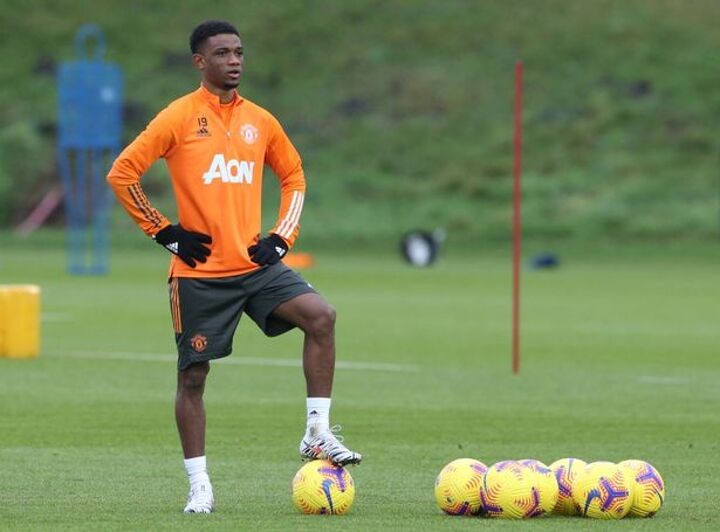 Ole Gunnar Solskjaer has explained his expectations from the remaining time in the transfer window at Manchester United.

The Red Devils have been working to improve the squad over the past few years with Solskjaer at the helm.

And this winter is no different after Amad Diallo signed from Atalanta in a deal that was agreed over the summer.

At just 18, the club very much had the future in mind but fans are excited to see the youngster in action.

There has been huge fanfare over the teenager, who has been earmarked as one of the best up and coming talents in Europe.

However, what it means for further arrivals remains to be seen - though Solskjaer believes that is it for the January transfer window.

"I wouldn't think so, no," he said when asked about more signings.

"I would be surprised if we do any incomings. The squad is strong. It is full of quality.

"I still need to leave players out for the squad at times. Bar something surprising happening I don't think anything will happen in terms of incomings, no."

And though the door might be shut on arrivals, there could still yet be a number of departures.

Several players have been linked with moves away including Jesse Lingard, Marcos Rojo and Sergio Romero.

West Ham look close to signing Lingard on loan until the end of the season with David Moyes knowing him well after his spell as United manager.

And Rojo is set to join Boca Juniors after being ostracised by Solskjaer this season.

Clubs in the MLS are keen on signing Romero, who was outraged by United's decision to keep him from leaving in the summer.

Meanwhile, Solskjaer has stated that he believes Diallo can solve their problematic right wing position.

"That's his preferred position," he said. "He is good at finding space, he can go inside and outside and he will get the time to prove that he is the one.

"Along the way we have got Mason [Greenwood], Marcus [Rashford], Daniel [James], Juan [Mata] and Paul [Pogba] has played there, so we have options but I think when you look at the squad and you look at Amad and you think, yeah, that's probably where we will work to fit you in."