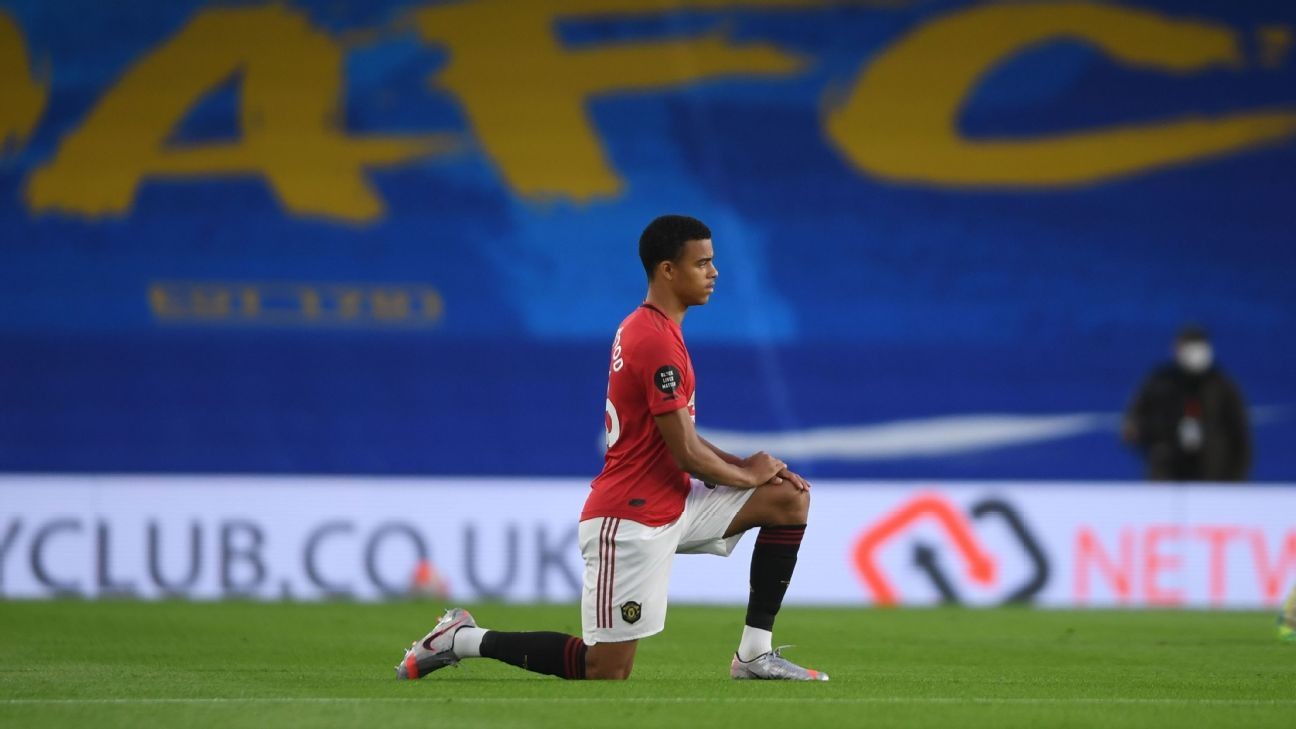 Ole Gunnar Solskjaer has hailed Mason Greenwood as a "special talent" after the teenager helped Manchester United beat Brighton 3-0 at the Amex Stadium.

Greenwood scored the first goal from a nice solo effort and made the third for Bruno Fernandes as United moved to within two points of fourth place Chelsea.

The 18-year-old has now got 13 goals in his first season in senior football while also becoming the first United player to score six Premier League goals before turning 19.

"He's a special talent, a special kid that we are going to look after and try to develop into a top top player," said Solskjaer.

"He's doing well now but he is still young and has things to learn. He knows that but we have a special talent there we have to nurture."

Greenwood's goal came after a driving run into Brighton's penalty area and after Fernandes doubled the lead before half-time. The Portuguese midfielder scored the third from Greenwood's cross following a swift counter-attack.

"He's getting better," said Solskjaer. "You can see clearly that he's maturing and improving, he's only 18 still so we will see more from him.

"I've said it throughout the year that as long as we can get him faced up in and around the box he'll create chances for us but in this game his hold-up play and his link-up play and general movement was fantastic as well."