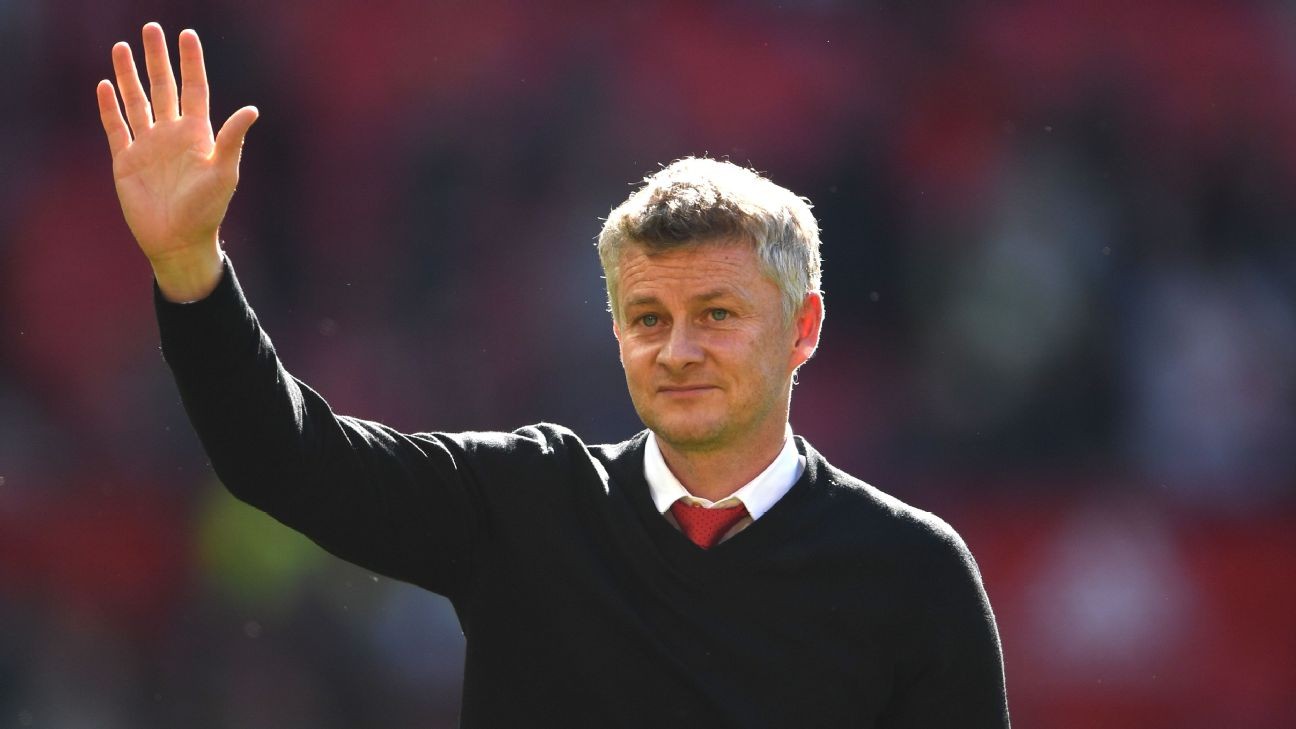 MANCHESTER, England -- Ole Gunnar Solskjaer says he does not fear the sack at Manchester United.

United are ninth in the Premier League table after their worst start to a season since 1988 and sit closer to the relegation places than the top four ahead of Wednesday's visit of Tottenham.

"It doesn't make me concerned," Solskjaer said. "I'm just focusing on my job and that's doing as well as I can, looking forward to the next game."

Solskjaer's United have taken 26 points from the 22 league games since he was appointed permanent manager in March. Mauricio Pochettino was sacked by Tottenham after collecting 25 points from his last 22 games in charge. Meanwhile, Unai Emery was dismissed by Arsenal having taken 28 points from his final 22 games.

"Football is a results business. We're not happy, we know we can do better and we are working hard," Solskjaer added, while also ruling out Paul Pogba for the visit of Jose Mourinho's men.

"The work is always geared on us improving but we're not getting all the results we've deserved."

United have won just four of their 14 league games this term, and after the 2-2 draw with Aston Villa, they are on a run of three games without a win in all competitions.

Solskjaer, however, insists it is not the time for crisis talks with executive vice-chairman Ed Woodward and the Glazers.

"We speak all the time so it's not like knee jerk suddenly now we need to talk," Solskjaer said.

"We speak a few times every week so it's continually progressing, the plans we've put in place, the rebuilding we know we started. We made some decisions that were necessary and now of course we're not happy where we are, but we will continue working."

Solskjaer is facing a tough week with Tottenham's visit followed by a trip to Manchester City on Saturday. It will be Mourinho's first time back on the touchline at Old Trafford after he was sacked by United a year ago and Solskjaer is expecting the Portuguese coach, who has guided Spurs to three straight victories, to get a warm welcome.

"He will get a very good reception and that's just a testament to this club and these supporters," Solskjaer said.

"They remember two-and-a-half years, winning trophies and I'm 100 percent sure our fans, staff and the club will welcome him. I don't think whoever is manager of the opposition will change motivation [for the players]. They are motivated to do well for Man United."

Pogba has returned to training after missing two months with a ankle injury but will not be fit to face Tottenham. Scott McTominay and Nemanja Matic, meanwhile, are rated as "touch and go".

"Paul is not ready, no," Solskjaer added. "He's still a bit away but he's working hard so let's see. Let's see how long it will take. "We've got more games than this one. We can't look at just the one game, we have to look at long-term."