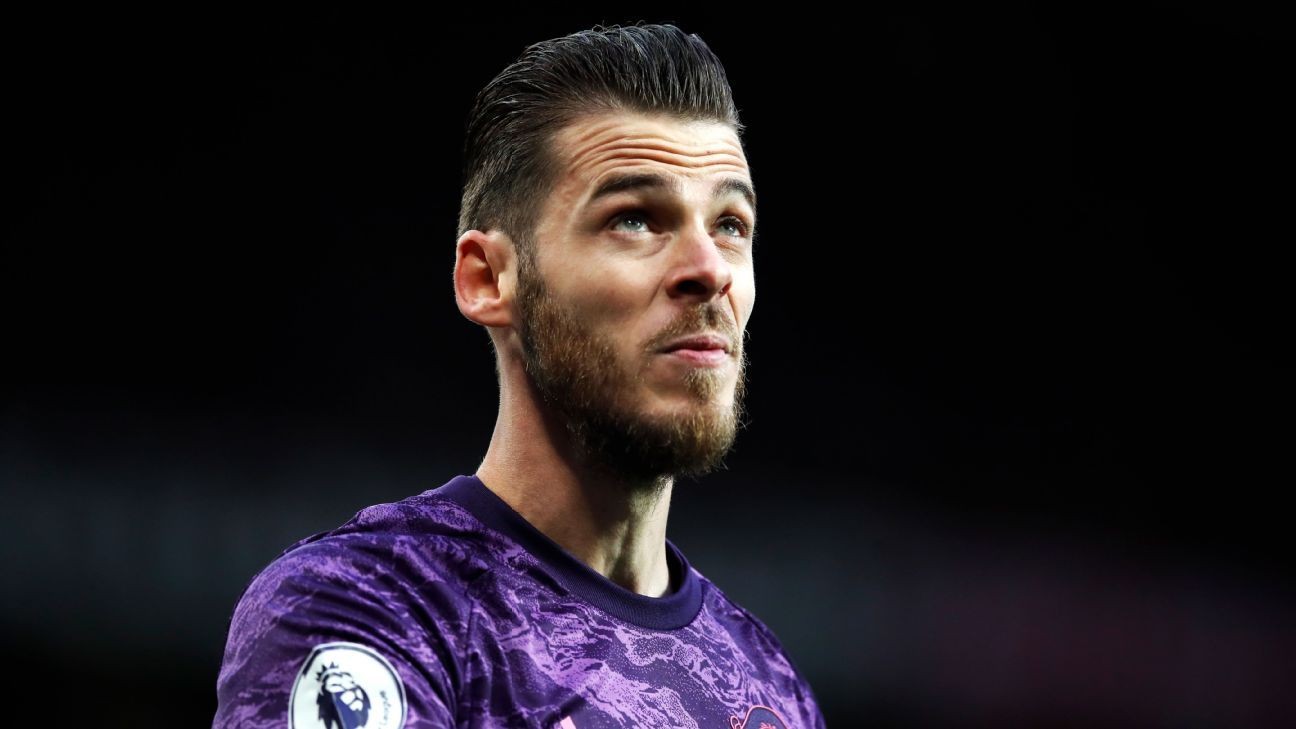 Ole Gunnar Solskjaer says he has not considered axing David de Gea "for one second" as the goalkeeper prepares to play his 400th game for Manchester United.

De Gea's place at Old Trafford has come under pressure after making mistakes at the end of last season and sporadically this term but Solskjaer insists dropping the Spaniard was never an option.

"You do that by walking out on to that pitch and showing them your quality and mentality and he is a strong character and I didn't see any good in taking him out at all, no."

Solskjaer has other options between the sticks with Argentina's No.1 Sergio Romero available and highly-rated youngster Dean Henderson currently impressing on loan at Sheffield United.

De Gea's place in the United team has rarely been vulnerable since arriving from Atletico Madrid in 2011 and has been named the club's player of the year four times.

If selected to face Southampton at Old Trafford on Monday, the 29-year-old will make his 400th appearance, two more than legendary goalkeeper Peter Schmeichel.

"David has been fantastic and since I have been here I have enjoyed working with him," said Solskjaer. "He has come out and said that he wants to play many many more, maybe 10 more years, how long will he be able to stay at the top is just up to him because it's a pleasure to watch him being humble enough to work hard."

De Gea, who signed a new long-term contract in September that could keep him at the club until 2024, has won four major trophies with United but Solskjaer believes the Spaniard wants more.

"He's won the Premier League, he's won the FA Cup, the Europa League, the League Cup, but that is probably not enough for him," said Solskjaer. "I don't think he will be happy until he wins the bigger trophies, and staying at Man United in this time and they are not having one more, I think that's something that he will feel is a black dot in his career.