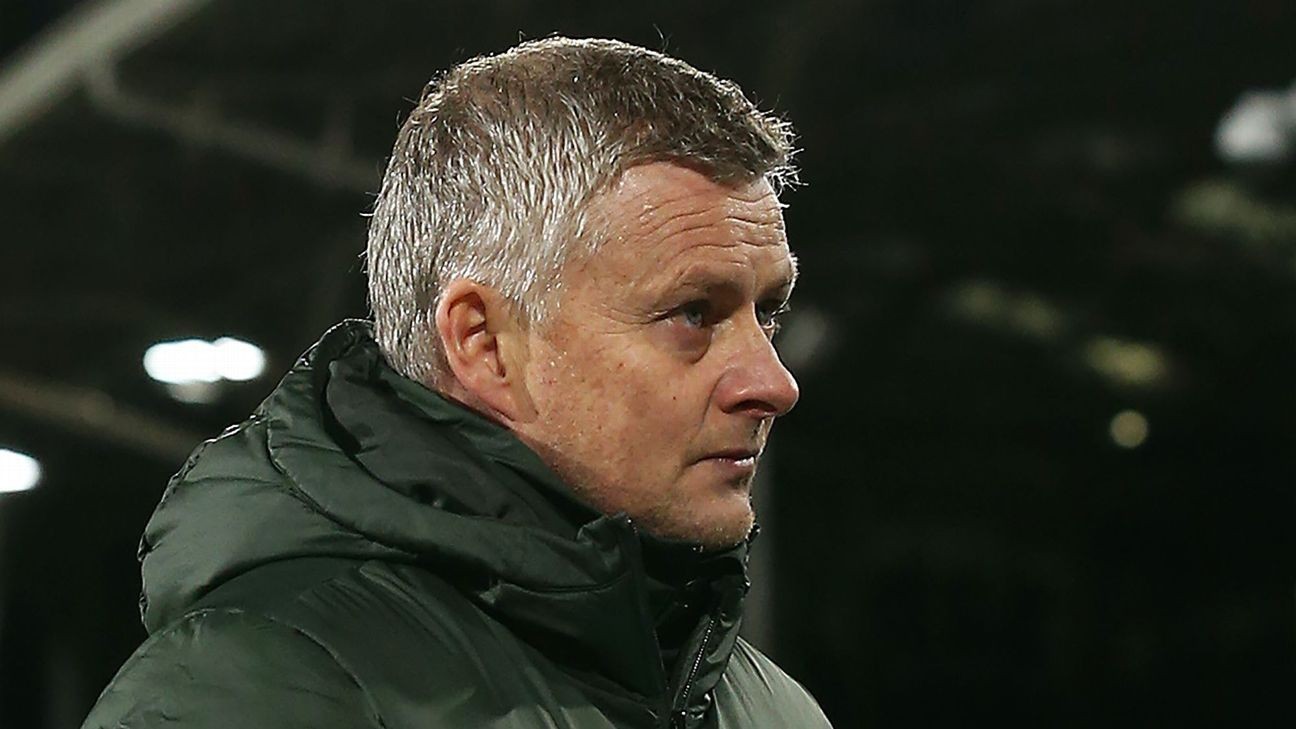 Manchester United manager Ole Gunnar Solskjaer has said Liverpool's problems are down to more than just Virgil van Dijk's injury but that Jurgen Klopp's side will still provide a significant test in the FA Cup fourth round this weekend.

Liverpool have won one of their last six games and saw their 68-game unbeaten home run in the Premier League end with a 1-0 defeat to Burnley on Thursday.

They have been without Van Dijk since October and have failed to score a league goal since Dec. 27 but ahead of the FA Cup clash at Old Trafford on Sunday (live at 1 p.m. ET on ESPN+), Solskjaer has warned his players the champions are still a "top team".

"Yeah, Van Dijk is not there but everyone's got an injury or two here or there," said Solskjaer. "[At Anfield on Sunday] they had five midfielders there to play out plus a keeper who is very capable.

"We played against a top Liverpool team. It's not easy."

United went back to the top of the Premier League table with a 2-1 win at Fulham on Wednesday and face another crucial week in the title race with games against Sheffield United and Arsenal.

But Solskjaer is keen to win his first trophy and has promised to field a strong team against Liverpool at the weekend. Defender Victor Lindelof is available again after missing the trip to Craven Cottage while he continues to manage a back problem.

"We'll put a decent team together of course, a team I feel can win the game," Solskjaer said. "The focus is now on the FA Cup.

"We know it's a difficult tie. I'm not the best on draws so I think they should try to get someone else in if they want an easy draw."

Solskjaer has history with Liverpool in the fourth round of the FA Cup after scoring an injury-time winner in the fixture in 1999. Michael Owen gave Liverpool an early lead before United scored twice in the final two minutes to go through. Sir Alex Ferguson's team would not lose again all season on their way to the Treble and Solskjaer said moments like those can provide a springboard for a successful season.

"We know in that season we were close to going out against Liverpool," he added. "Peter Schmeichel saved a penalty from Dennis Bergkamp in the semifinal in injury time.

"Those moments, I think they gave us the mental advantage, especially in the semifinal. But against Liverpool as well in that fourth round, when you get that boost of turning 1-0 down to a 2-1 win against a big team it's massive. The FA Cup is a run we've got to enjoy as long as it lasts."