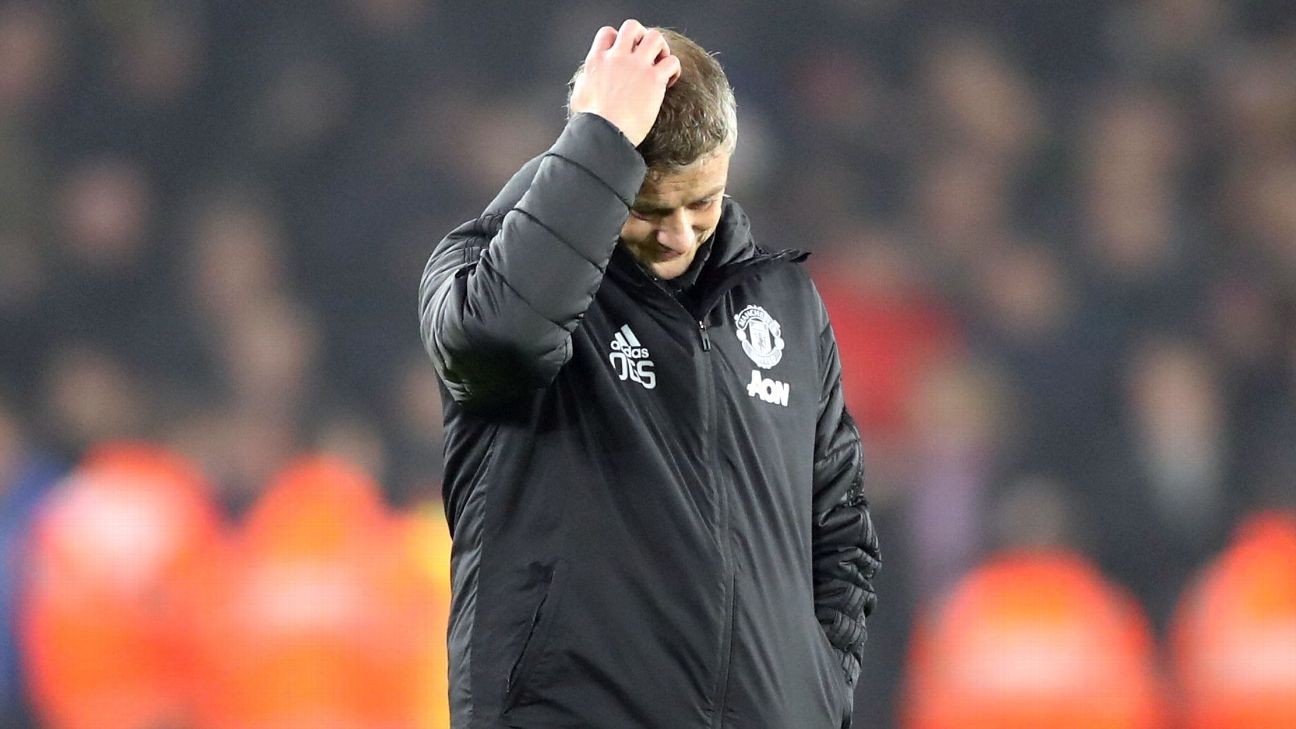 Jose Mourinho reflects on his time at Manchester United as his Happy place and is excited to return to Old Trafford.

MANCHESTER, England -- Ole Gunnar Solskjaer has said he still has the backing of the Manchester United fans despite overseeing the club's worst start to a season for 31 years.

United are ninth in the Premier League table and head into Wednesday's meeting with Jose Mourinho's Tottenham closer to the relegation places than the top four. Solskjaer, however, said supporters can see progress is being made.

"I can just go on the evidence of the game days and supporters I've met," the Norwegian told a news conference on Tuesday. "There's not many I've met that say you've got to do something different.

"We have a plan in place and hopefully we can get the results to speed it up. Sometimes it doesn't go at the speed you want to but it's still going in the right direction."

Solskjaer has taken charge of 50 games since replacing Mourinho almost a year ago. The Portuguese coach was sacked after collecting 26 points from 17 games last term -- a record Solskjaer cannot match unless United win their next three games against Tottenham, Manchester City and Everton. But despite the stats, Solskjaer said his team are on the right track.

"But results, that's key for us. We've got a great chance now, the next three days to turn people's perceptions."

Solskjaer was handed a three-year contract when he was named permanent manger in March. He spent nearly £150 million on Harry Maguire, Aaron Wan-Bissaka and Daniel James in the summer and he expects to be in charge to lead another overhaul at the end of the season.

"Players are playing for their place in the long term," he said. "We have a situation at the moment where we've had injuries, so players have played.

"We do have a clear picture of what the squad is going to look like in June and July. Hopefully, you get as much done as soon as possible. With Harry [Maguire] coming in, Romelu [Lukaku] going out, it was late. We do have a plan now."