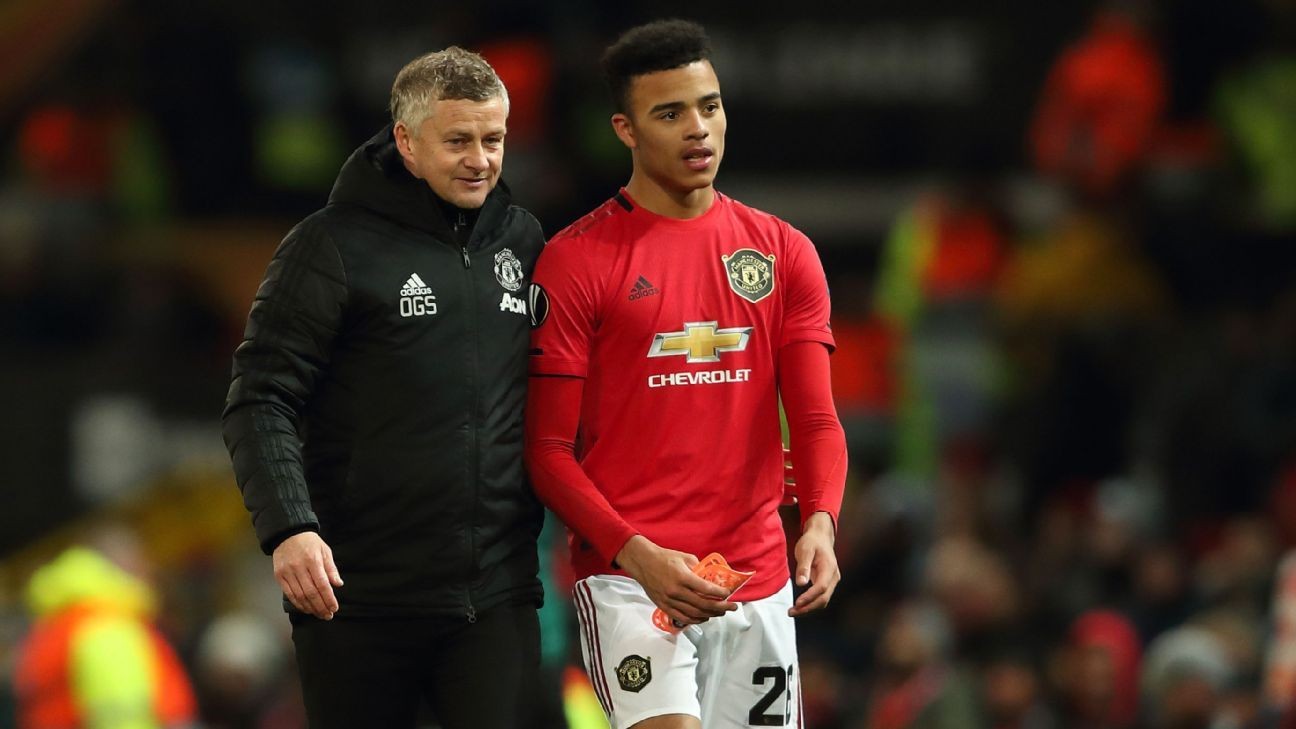 The 18-year-old has been a regular in the United side since the restart following the stoppage due to the coronavirus outbreak and has scored 16 goals in all competitions this season.

Greenwood has score five in his last three matches, including one in Thursday's 3-0 victory over Aston Villa, but Solskjaer said he is not concerned about overplaying the youngster.

"At that age he has so much energy, he has no fear, you just want to play football," Solskjaer told Sky Sports. "If we had a day off he'd probably go and play football with his mates.

"I'm not worried about Mason this season, of course we have to look after him over his career. He is a fantastic boy to work with and he just loves playing. He is getting rewards for his hard work."

Victory over Villa meant a top-four finish is now in United's own hands with four games to go as they face fourth-place Leicester at the King Power stadium on the final day of the season.

Fifth place may still be enough to qualify for the Champions League as second-place Manchester City await the outcome of their appeal to the Court of Arbitration for Sport over their two-year ban from European competition by UEFA, but Solskjaer said confusion over how next season will look makes it difficult properly prepare for any scenario.

"There's quite a lot of planning going on," he added. "When do we start the league?

"That obviously is determined by how far we go in Europe, so you can't really decide on the programme, the training programme.

"So, there's so many small decisions and of course transfers -- that's sometimes out of our hands as well because if the team is going well, what do we need? What don't we need? Do you get injuries?

"That's just the way of working in this job, that you've always got to plan for different scenarios. But, the uncertainty of dates, how much holiday can you give them, how will next season look like, it's still a little bit up in the air."