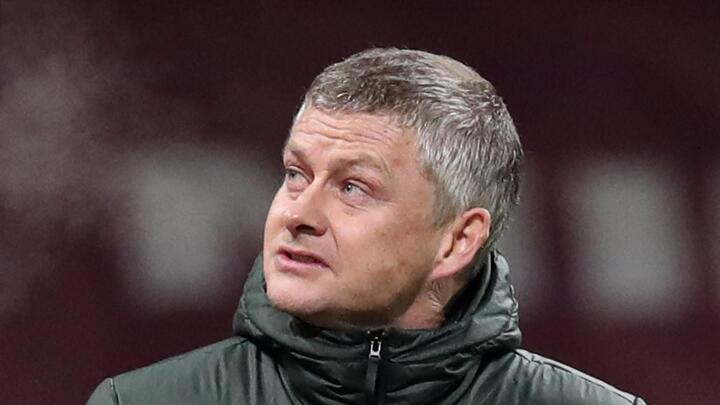 Manchester United have already offloaded Timothy Fosu-Mensah this month and others may follow, according to boss Ole Gunnar Solskjaer.

Ole Gunnar Solskjaer is not ruling out further departures from Manchester United before the January transfer window closes.

Defender Timothy Fosu-Mensah joined Bayer Leverkusen on a permanent deal earlier this week and striker Odion Ighalo's loan deal is set to expire at the end of the month.

A number of other fringe players have been linked with the Old Trafford exit, meanwhile, with the likes of Jesse Lingard, Sergio Romero and Marcos Rojo all in need of minutes – the Argentinian pair have been told they can leave.

And Solskjaer is prepared to sanction more exits in the coming weeks as he attempts to trim his squad.

"You can't really say no because, in football, things just crop up," he told the club's official website.

"There are opportunities that we can't really say no to and, if it's the best for the club and the player, then it's something we'll look at.

"At the moment I can't update you on any of them, I don't really know where any negotiations are [up to]."

Academy product Fosu-Mensah left the club having made just 30 senior appearances since his first-team debut in February 2016.

"We wish Tim all the best - six-and-a-half years I think he was here," Solskjaer said.

"He's an exciting talent and he's got the attributes, but he needs to play.

"When he gets regular game-time I think we'll see him for Netherlands and we'll see how good a player he is."

United are not expected to be especially busy with regards to incomings, though young winger Amad Diallo - signed in October - officially linked up with the squad this week for the first time following the completion of his move from Atalanta.

Despite only just arriving at the club, Solskjaer is seemingly open to the idea of using the 18-year-old in Sunday's huge top-of-the-table Premier League showdown with Liverpool.

"We have a very fresh stable, there are only one or two that are questionable for the weekend. I don't rule out that he is in the squad for the Liverpool match.

"Things can happen. You see how fast things happen over here in England. Suddenly, a team has six players out with coronavirus. So, you don't know.

"I don't want to put any time on it, but he is at least in the group, trains with us and can be chosen in the squad."