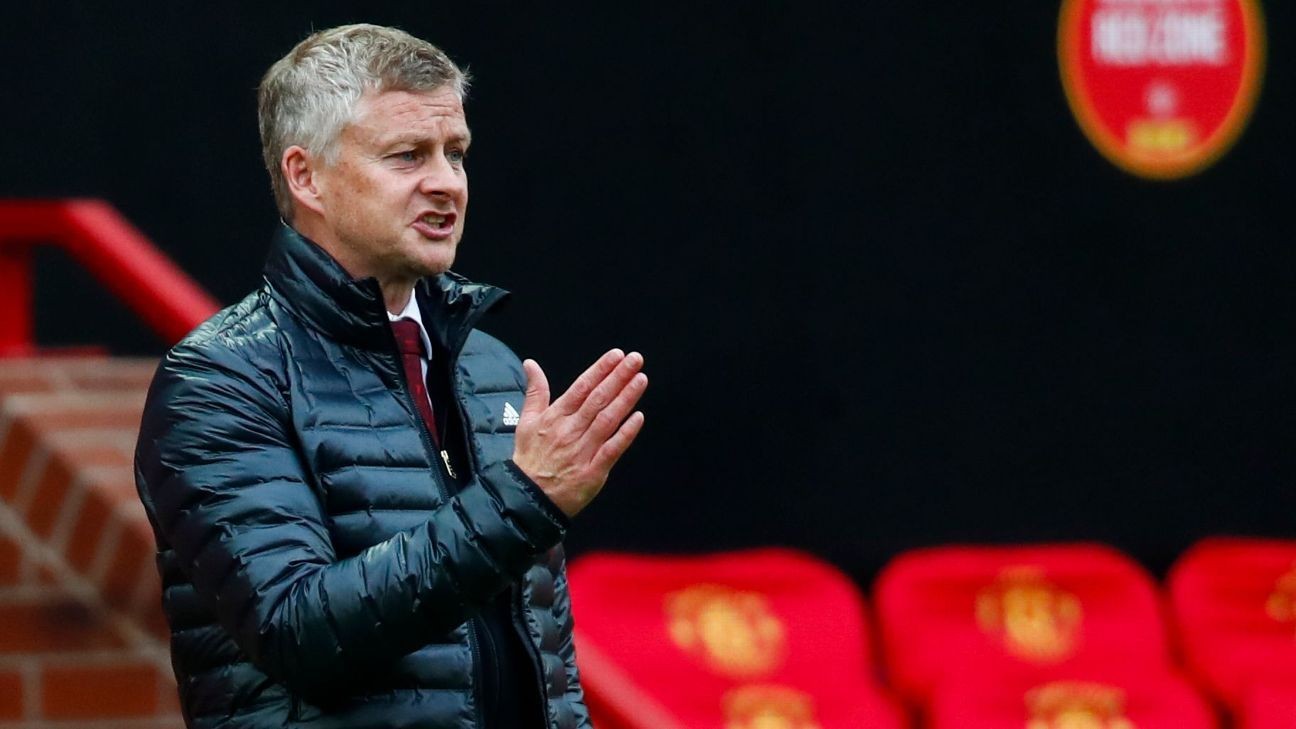 Manchester United manager Ole Gunnar Solskjaer has played down suggestions he told Nathan Ake the club are looking to sign a new centre-back this summer.

Solskjaer and Ake were seen in conversation after the final whistle of United's 5-2 win over Bournemouth on Saturday and the Norwegian reportedly said "we need a left-footed centre-back, so keep going."

But speaking at a news conference on Wednesday, Solskjaer was quick to dodge the question about the Netherlands international.

Solskjaer will come up against another transfer target on Thursday when his team face Jack Grealish and Aston Villa at Villa Park. Grealish impressed in a 2-2 draw at Old Trafford in December, scoring a wonderful curling effort in the first half.

"I think the last game they caused us some problems," Solskjaer said. "Grealish scored a fantastic goal.

"There's been loads said about him and we need to be aware of him. If he's off the left, middle or right, he attracts players to him but there's not just one player in that Villa team."

United are on a 16-game unbeaten run as they look to push into the top four and earn a place in next season's Champions League. Solskjaer's team, who may have to do without Victor Lindelof against Villa because of a back injury, are fifth in the table, four points behind fourth-place Leicester with a game in hand.

"The last 16 games unbeaten gives us confidence but it's nowhere near what a Man United team should strive for," Solskjaer said. "There are so many games.

"If we win every single one we're in the top four. We cannot rely on help from anyone else, we have to do it ourselves."