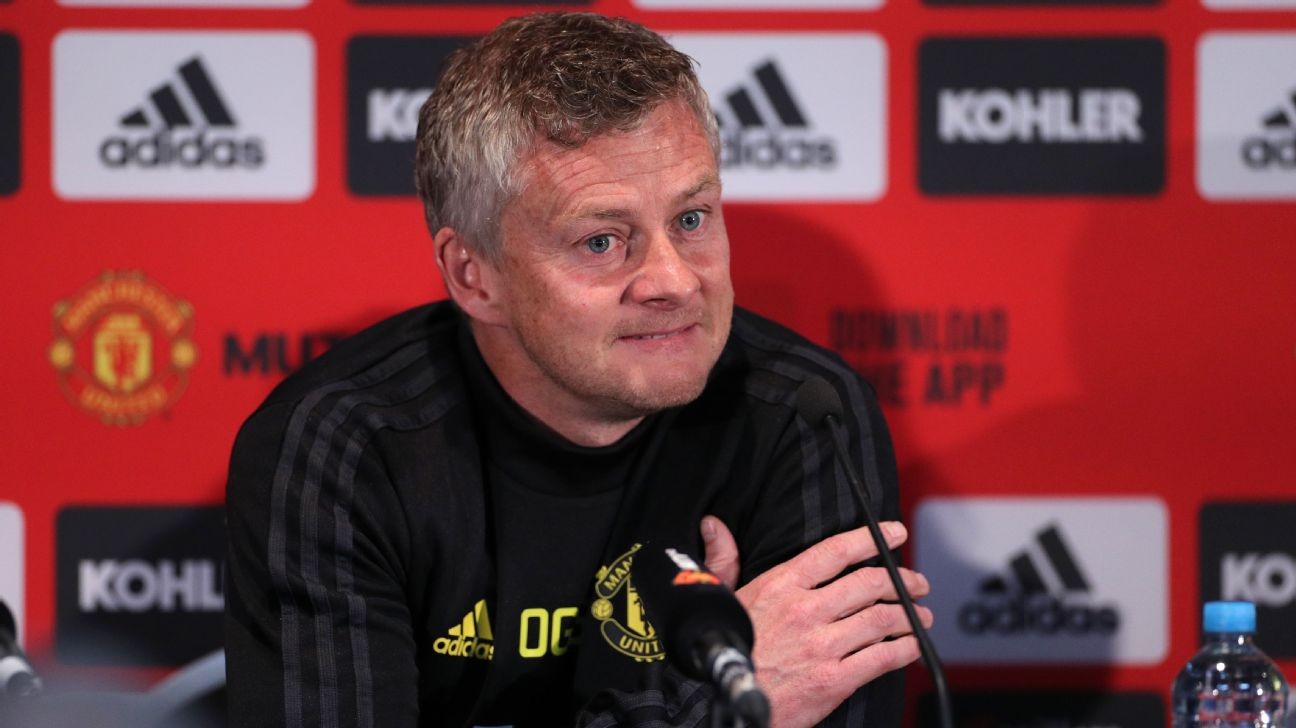 United have pledged to continue to invest in the squad with Borussia Dortmund forward Jadon Sancho on their wanted list, and ahead of the trip to Chelsea on Monday -- crucial in the race for the top four -- Solskjaer has said a return to the Champions League could help lure the best players to Old Trafford.

"It's a prestigious tournament to be in, of course. Doing as well as we can and if we play well the rest of the season, and players that we might want are impressed by that, it might be easier to convince them that we're here.

"But I don't think one season -- this season is the Europa League -- if next season is with or without the Champions League, I wouldn't say that's the be-all and end-all for a player to sign for us."

Solskjaer's team will move within three points of Chelsea if they can win at Stamford Bridge, but they will have to do it without Paul Pogba as he continues his recovery from ankle surgery.

Pogba's agent Mino Raiola has again suggested the France international could look to leave United in the summer, but Solskjaer has said the midfielder's future will only be decided by the club.

"I've not spoken to Mino, that's for sure," Solskjaer said.

"I haven't sat down and told Paul to tell his agent what to say, but Paul is our player and not Mino's.

"Paul's still on his recovery programme, he's taken off his cast, so when he comes back here we'll integrate him with us. Hopefully soon.

"He's started running on the treadmill now, so he's getting closer. It's been a long haul, this, so hopefully we'll see him back soon."

United fans could get a first look at Odion Ighalo at Chelsea after the striker's deadline loan move from Shanghai Shenhua.

Ighalo has signed a deal until the end of the season as cover for the injured Marcus Rashford, but Solskjaer has not ruled out keeping the 30-year-old if he makes an impact.

"It's a loan, but when you're in the door and if you impress, it gives you a chance," Solskjaer said.

"That doesn't just go for Odion, but his incentive is to play as well as he can and it's up to us to make sure he wants to stay, if we want him."