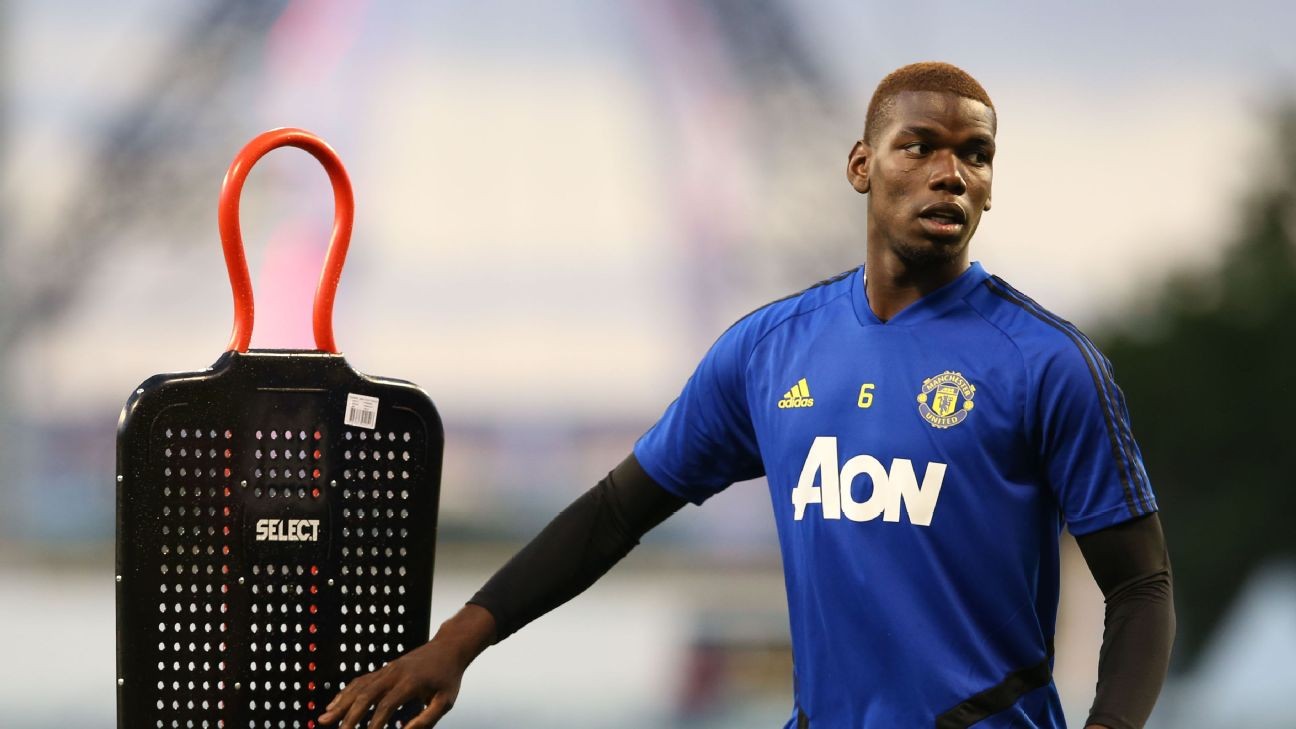 ESPN FC's Gab Marcotti believes Paul Pogba's reluctance to extend his Manchester United contract stems from his desire to see progress from the club and not his desire to leave.

Julien Laurens says Paul Pogba is doing the right thing by traveling for Man United's preseason tour despite having voiced his desire to leave.

PERTH, Australia -- Ole Gunnar Solskjaer has told Paul Pogba that Manchester United "do not need to sell players" after the midfielder and his agent publicly said he wants to leave Old Trafford this summer.

Pogba has declared his intention to seek a "new challenge" while agent Mino Raiola has backed up the claims by insisting his hopes to "find a solution" before the close of the transfer window.

The 26-year-old, wanted by Real Madrid and Juventus, is in Australia with the United squad for the first leg of their preseason tour and speaking for the first time this summer, Solskjaer said the club are under no pressure to sell a player who still has three years left on his contract and in any case are yet to receive a bid.

"We're Man United and we don't need to sell our players," Solskjaer told a news conference at the WACA training ground.

"We've had no bids. He has a heart of gold. He have never been a problem."