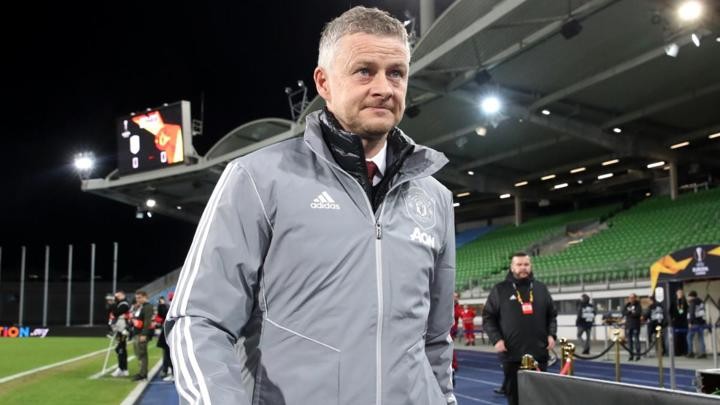 Ole Gunnar Solskjaer thinks it unjust to use footballers as an "easy target" for criticism during the coronavirus crisis.

Manchester United manager Ole Gunnar Solskjaer says it is unfair to call out footballers during the global crisis caused by the coronavirus pandemic.

Last week, United Kingdom health secretary Matt Hancock called on Premier League footballers to "take a pay cut and play their part" amid suggestions elite and well-paid players were not offering enough support to ease the financial problems caused by the outbreak.

Hancock's comments came amid growing criticism of clubs such as Tottenham, Newcastle United and Liverpool, who put staff on the government's furlough scheme despite boasting healthy financial positions compared to many other businesses. Liverpool later changed course and apologised for coming to the "wrong conclusion".

However, captains of Premier League clubs are said to have already started discussions over how players can help during the UK's lockdown phase before Hancock spoke out.

Solskjaer thinks footballers are something of an "easy target" and insists players need time to come to an agreement over the best way forward.

Solskjaer: Unfair to call out footballers

"For me, it's unfair to call on any individual or footballers as a group because I already know players do a great amount of work in the community, and players are doing a lot to help this situation," he told Sky Sports.

"Discussions are taking place between players and clubs, what kind of contribution they'll make. It's not easy for anyone, and to be called out is not fair for me.

"Mistakes are being made and have been made by loads of people and that's how we learn as well. Now it's about making better decisions, good decisions. I think we all want to help the NHS, the communities, and I think it's important every single club do what they think is right.

"We're all good people, and I'm sure we all want this to be over with as soon as possible. For me, it's about following the guidelines from the government as well.

"We are role models. Sometimes we're heroes in football; at the moment we have to take a back step. The real heroes are the workers on the front line. I think everyone appreciates and admires what they're doing."