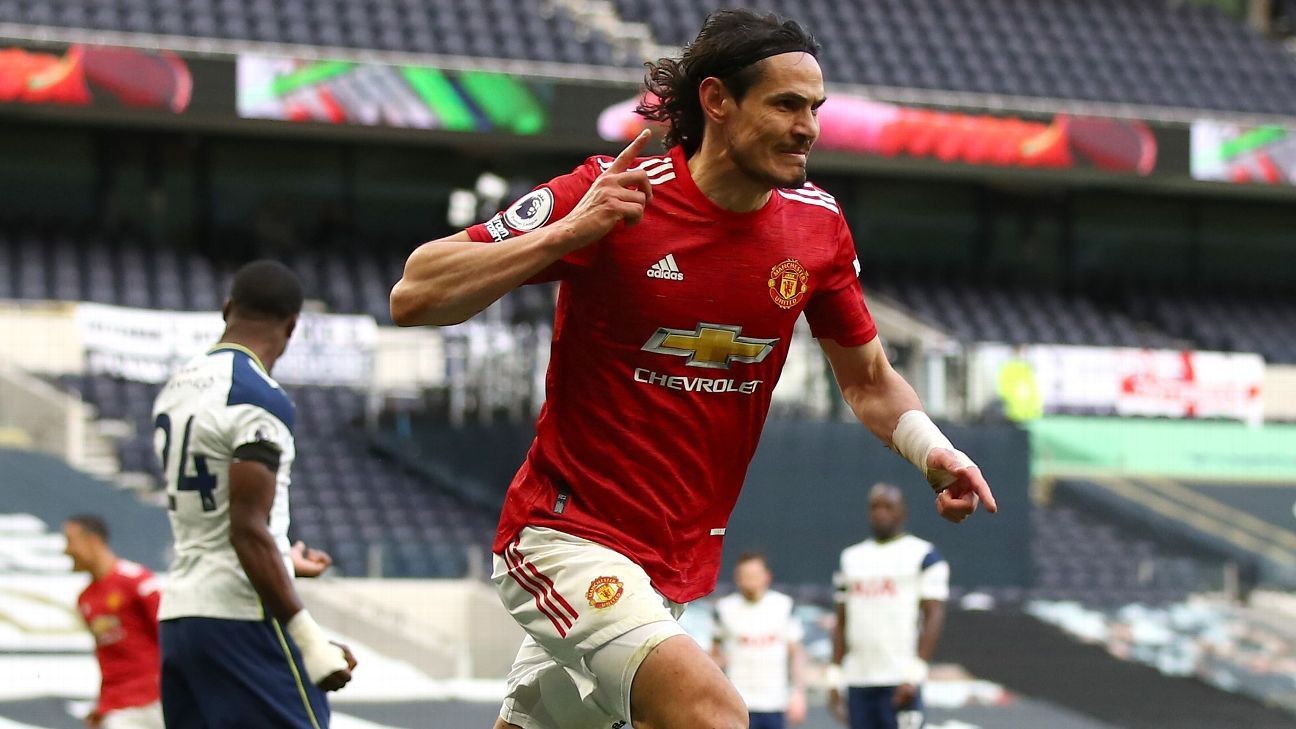 Manchester United manager Ole Gunnar Solskjaer has refused to rule out signing a striker in the summer despite Edinson Cavani's decision to stay at Old Trafford for another year.

Solskjaer was asked about his plans for the transfer window after sources told ESPN Tottenham centre-forward Harry Kane is determined to leave the club at the end of the season.

Cavani has signed a one-year contract extension but Solskjaer says there could be room for another striker in his squad.

"Of course I can't [rule out signing a striker]," said Solskjaer following the 1-1 draw with Fulham on Tuesday.

"Yeah, Edi signed but how many good strikers have we had at this club?

"I can't say we're not signing a striker, of course not. Because we're building towards a better squad, we're top three two years on the bounce but not where we want to be.

"Hopefully we end up with a stronger squad when we start next season and be more consistent to challenge the one in front of us."

play1:37Nicol: Harry Kane is in a nightmare position

Sources have told ESPN that Kane is looking to leave Tottenham with United, Manchester City and Chelsea all interested but asked about the England captain's future specifically, Solskjaer would not be drawn.

"I can't comment on other teams' players and what's being speculated and said," said Solskjaer.

"I want to show the respect Tottenham deserve as well not to talk about other teams' players."

The more immediate concern for Solskjaer is the fitness of Harry Maguire, Scott McTominay and Fred ahead of the Europa League final against Villarreal in a weeks' time.

Maguire is nursing an ankle ligament injury and despite Solskjaer's optimism, the England defender is still on crutches and didn't look comfortable negotiating the stairs on his way to his seat in the stands. McTominay was substituted in the second half against Fulham after picking up a knee injury and central midfield partner Fred also picked up a knock.

McTominay and Fred will have to be assessed and asked afterwards about Maguire's chances of facing Villarreal, Solskjaer said: "It looks difficult, let's put it that way."