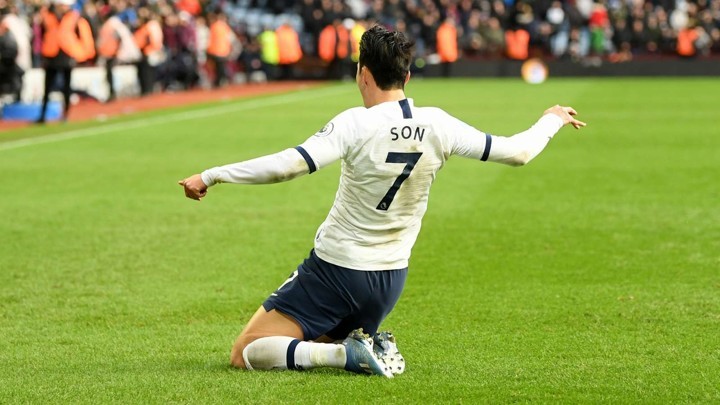 Tottenham star Son Heung-min became the first Asian player to score 50 goals in the Premier League after his first strike against Aston Villa.

The South Korea international netted in first-half stoppage time at Villa Park on Sunday to reach the milestone and give his side a 2-1 lead after Toby Alderweireld netted for both sides early in the game.

Bjorn Engels then levelled matters again with a goal for the home side just eight minutes into the second period, but Son popped up in stoppage with his second of the game to make it 3-2 and take his tally up to 51.

It is the fifth game in a row in all competitions in which Son has scored for Jose Mourinho's team and it also brought him up to half a century of goals in the English top-flight.

The 27-year-old needed just 151 appearances to reach that milestone.

Son, who has now scored nine times in the league this season and netted on 16 occasions in all competitions, has long been the most prolific Asian to have graced the Premier League. He has also made more assists in the division than anyone else from the continent.