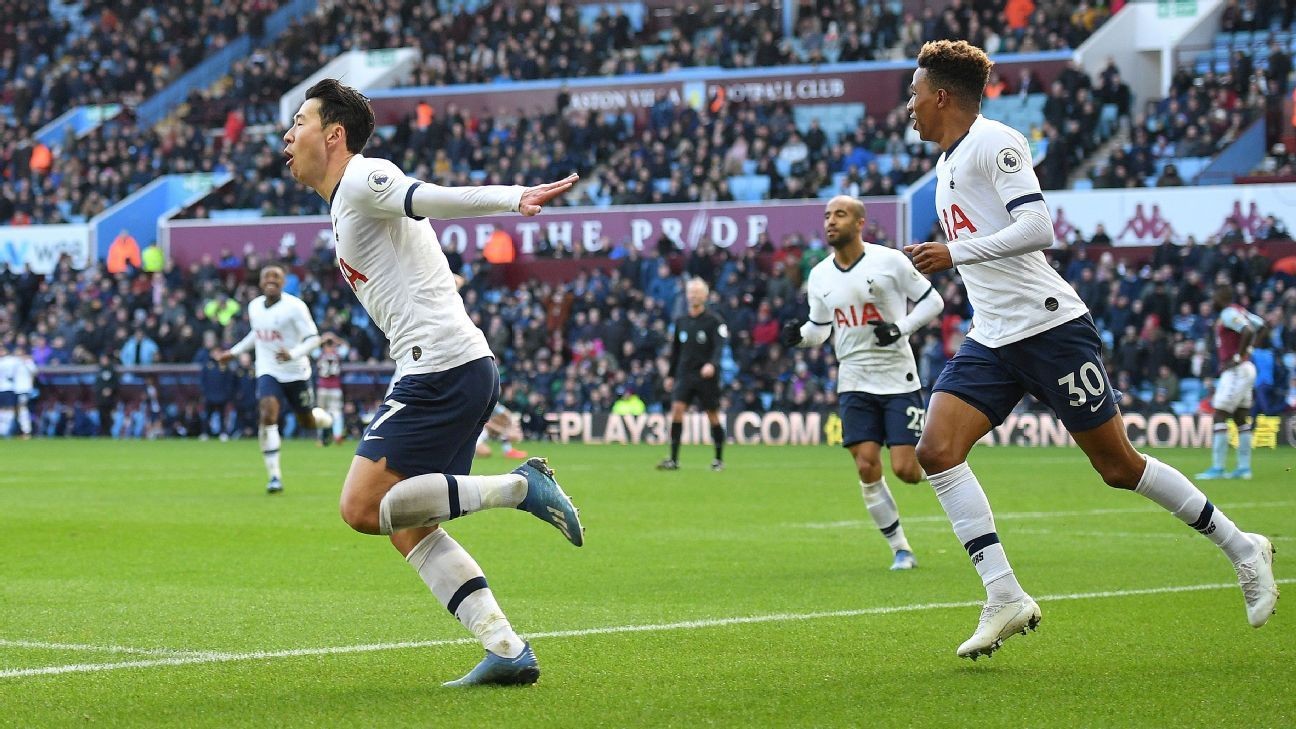 Son Heung-Min struck in injury time for Tottenham on Sunday as Jose Mourinho's side secured a 3-2 away win against Aston Villa in the Premier League.

The hosts took the lead on nine minutes when Toby Alderweireld turned Anwar El-Ghazi's deflected cross into his own net under pressure from Mbwana Samatta.

Spurs were under heavy pressure from Dean Smith's men, but found an equaliser against the run of play when Alderweireld redeemed himself with a powerful strike on the turn from a tight angle.

The goal, which came shortly before the half-hour mark, was the Belgium defender's first in the Premier League since May 2017.

Son then put the visitors ahead in added time of the first half by scoring a rebound from his own saved penalty after Bjorn Engels brought down Steven Bergwijn in the Villa box.

Engels seemed to have found his own redemption early in the second half by nodding home a Jack Grealish corner, but the home team were denied a point as Son struck again in the dying moments of the game after the Villa defender failed to clear a pass down field.

The result meant Spurs went fifth in the table, one point behind fourth-placed Chelsea, who take on Manchester United at Stamford Bridge on Monday.