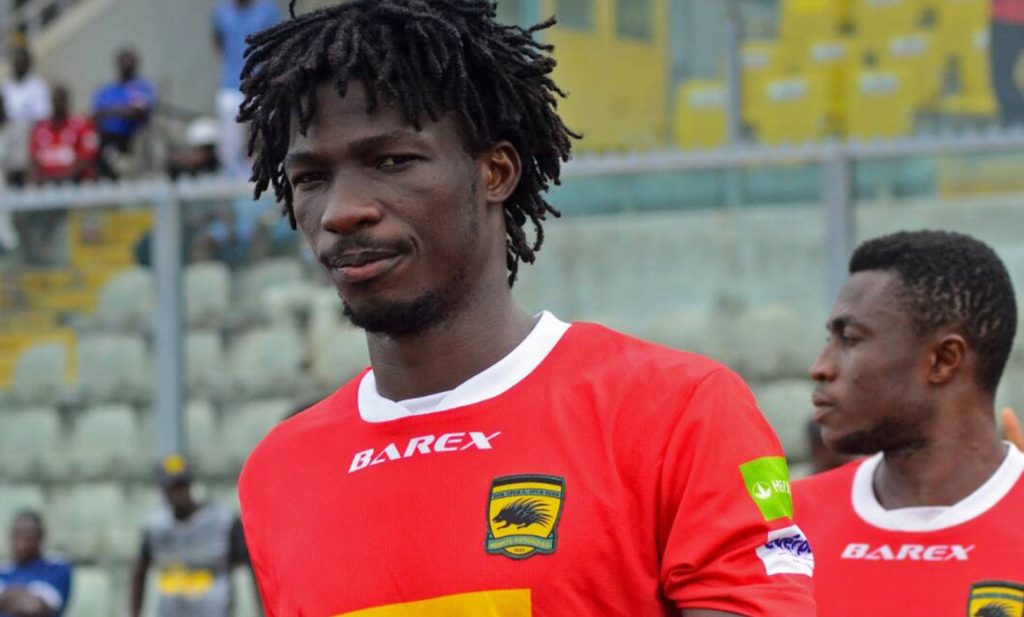 Asante Kotoko head coach, Maxwell Konadu has disclosed that Songne Yacouba will be out of his squad until his contractual issues are sorted out.

The Burkinabe International was left out of the team's squad against Hearts of Oak.

Maxwell Konadu explained that the player wasn't mentally ready to play that game that was why he was dropped from the team.

Konadu further said, Yacouba will return to his squad if his contractual issues are sorted out.

“Yacouba is a good player by all standards but when I am managing a team and we have issues to settle, we need to sort those issues out before he can play".

"We want him but we need to sit down and talk. Until then, Kotoko is a team and has to take certain decisions".

"We left him out of the Hearts match because we felt he was not mentally focused".

Other than than, he is a good player and he a Kotoko player and we want him here but we need to talk to his agent and settle all issues before he can come back to the team.”

He further said Songne Yacouba will return to the team after his contractual issues are sorted out.