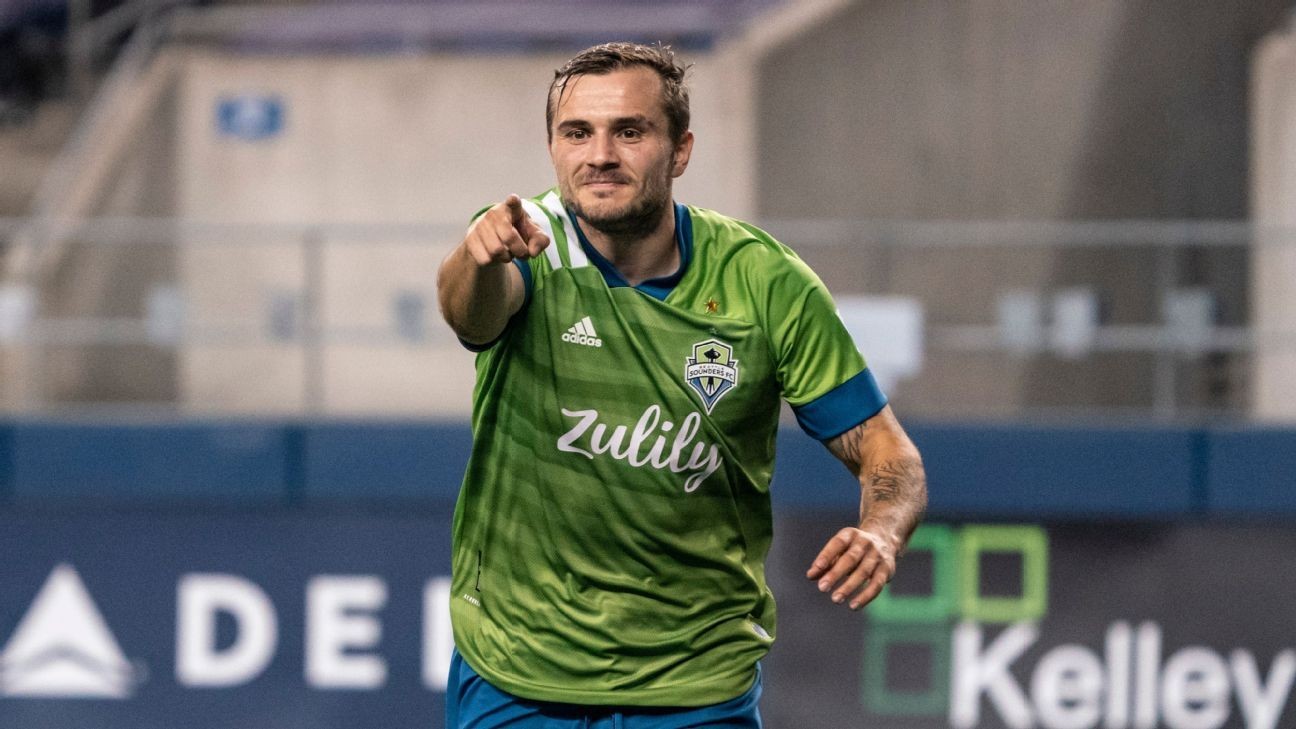 Swansea City announced on Friday that the club had secured a loan deal for Seattle Sounders FC forward Jordan Morris.

ESPN reported last week that the two clubs were in talks over the proposed move.

Morris, 26, left U.S. men's national team training earlier week ahead of the move and will join Swansea for the remainder of the Welsh club's Championship campaign.

Swansea are currently second in the Championship on 46 points through 24 matches as they look to secure a return to the Premier League next season.

Morris, who grew up in near Seattle in Mercer Island, Washington, has spent his entire professional career with the Sounders, spurning offers from Werder Bremen when he signed with the MLS club in 2016. He has scored 42 goals in 129 league, playoff and cup appearances. During his tenure in Seattle, the Sounders claimed two MLS Cups and reached the final on two other occasions, including the 2020 season when Seattle fell 3-0 to the Columbus Crew.

At international level, Morris has been impactful as well, scoring 17 goals in 39 appearances. He was part of the side that won the 2017 Gold Cup, scoring the game-winner against Jamaica.