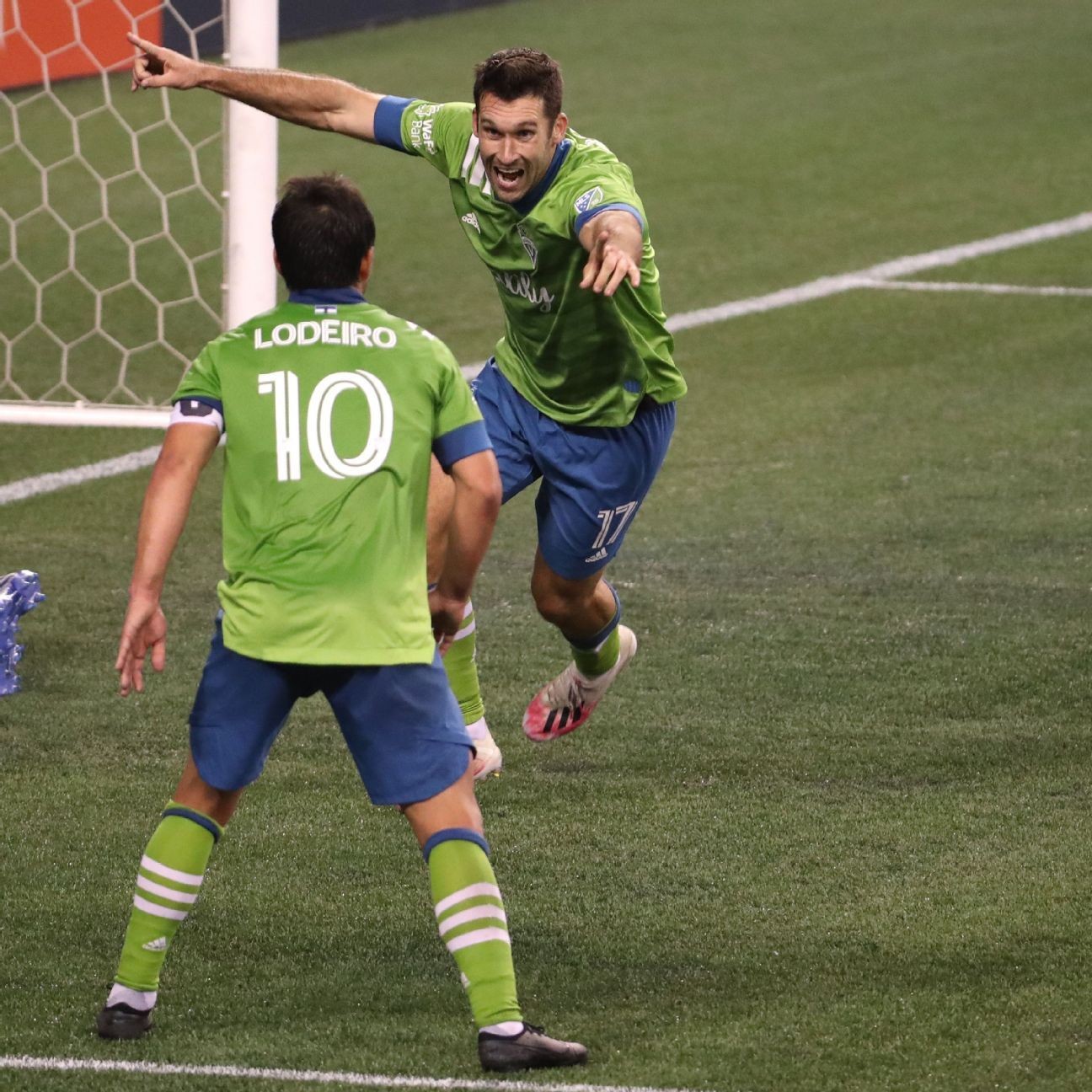 Will Bruin scored off a corner kick in second-half stoppage time as the Seattle Sounders rallied for a 1-1 draw with the visiting Portland Timbers on Thursday night.

The Sounders (9-4-5, 32 points) and Timbers (9-5-5, 32 points) remained tied for first place in Major League Soccer's Western Conference. Seattle is technically on top thanks to a superior goal differential.

Andres Flores, making his first appearance of the season, scored for Portland.

Bruin, a 31-year-old veteran who missed most of last season and the start of this one after tearing an anterior cruciate ligament, tallied in an MLS regular-season match for the first time since April 2019. A corner kick by Joao Paulo in the 93rd minute was deflected in front of the net and fell to Bruin near the left post. His one-timer from 3 yards out found the left side of the net.

It was the second consecutive game in which the Timbers allowed a goal in second-half stoppage time for a 1-1 draw. It also happened Sunday against Los Angeles FC.

Flores gave the Timbers the lead in the 10th minute. Jorge Villafana's cross from the left wing found Felipe Mora between two defenders near the penalty spot. Mora dropped a pass for Yimmi Chara, whose 15-yard shot was stopped with a diving save by Sounders goalkeeper Stefan Frei.

The rebound came right to Flores, who blistered a 12-yard shot that went under the foot of Seattle defender Nouhou Tolo and into the right side of the net.

Flores got the start because Jeremy Ebobisse, one of the Timbers' leading scorers, sustained a concussion against LAFC on Sunday.

The Sounders outshot Portland 15-8, but Bruin's tying goal was Seattle's only shot on goal. Frei made three saves for the Sounders while Portland's Steve Clark registered none.

The defending MLS Cup champion Sounders were without their leading scorer, Raul Ruidiaz, who tested positive for COVID-19 while on international duty with Peru's national team.

Sounders midfielder Jordy Delem was forced to leave in the 30th minute after a collision with referee Ismail Elfath.