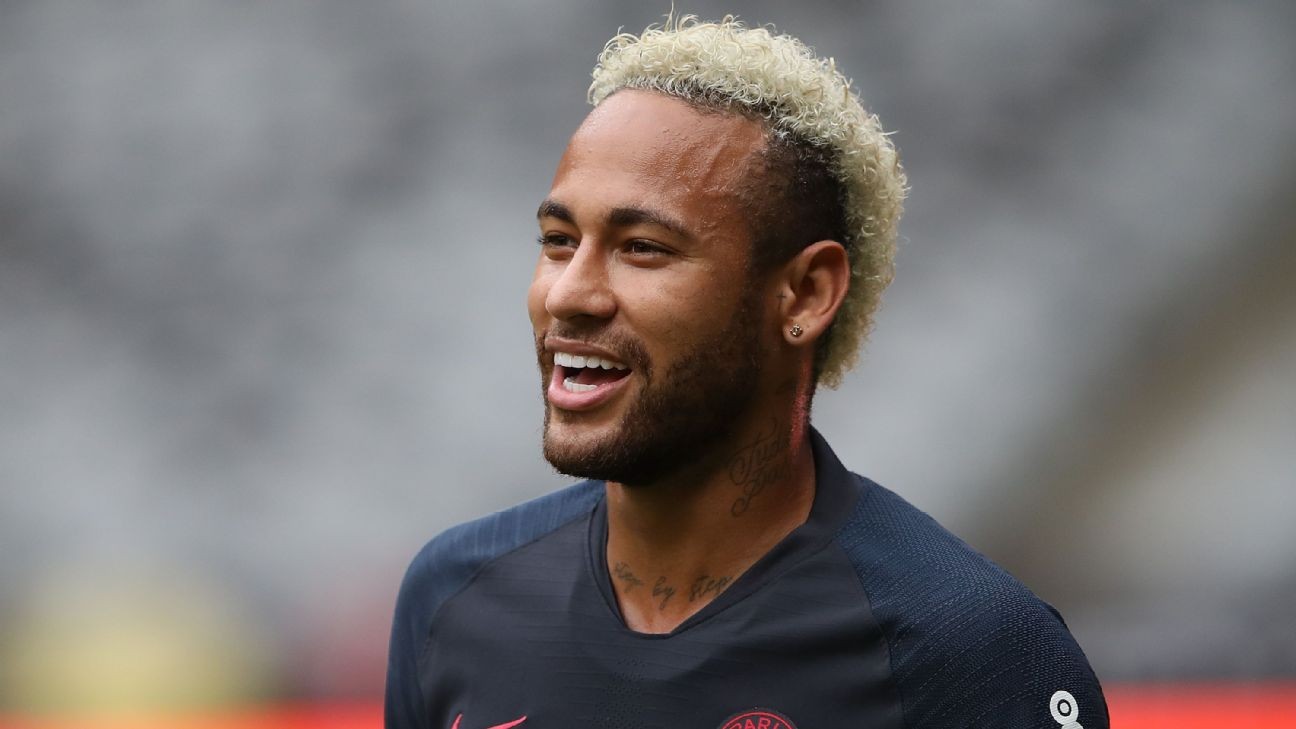 With PSG and Neymar still at odds, Alejandro Moreno says the Ligue 1 club needs to come down on the price to land the Brazilian.

With players like Paul Pogba and Neymar trying to force their way out of their clubs, Frank Leboeuf explains why this behavior is unfair to the teams.

Frank Leboeuf explains why he thinks Neymar's actions are far from "how a footballer should act" and says PSG fans have had enough of the Brazilian.

ESPN FC's Julien Laurens delves into a scenario where Neymar's desired move to Barcelona doesn't pan out and he's forced to stay at PSG.

Real Madrid will switch their attention to signing Neymar if they can't complete a move for Manchester United midfielder Paul Pogba by the end of the Premier League transfer window, a source has told ESPN FC.

A separate source added that Paris Saint-Germain would be open to an approach from Madrid, and are willing to sell Neymar to anyone. However, there are doubts any club would be willing to match the Ligue 1 champions' valuation for a player they paid €222 million for just two years ago.

- When does the transfer window close?
- All major completed transfer deals
- ESPN fantasy: Sign up now!

They are yet to receive an offer from Madrid and feel it is unlikely the 13-time European champions would move for the Brazil international, given they signed Eden Hazard to play in a similar position this summer.

PSG, who do not want to keep Neymar against his wishes, are keen to negotiate a permanent transfer rather than a loan move with an obligation to buy.

Neymar has been heavily linked with a return to former club Barcelona, but with no headway being made on that move -- and Madrid having been unable to prise Pogba away from Old Trafford -- the Bernabeu hierarchy are considering Neymar as an alternative option.

Sources have told ESPN FC  the relationship between Madrid president Perez and PSG counterattack Nasser Al-Khelaifi is very good and Neymar could be open to joining Madrid despite his Barca past and attempts to return to Camp Nou this summer.

Perez has long wanted to bring Neymar to the Bernabeu, making attempts both before and after he joined Barca from Santos in 2013.

Barca figures including president Josep Maria Bartomeu have spoken openly about the possibility of re-signing the 27-year-old.

On Tuesday, during Barcelona's tour of the United States, Gerard Pique called on Neymar to "come out and talk publicly" on his future.