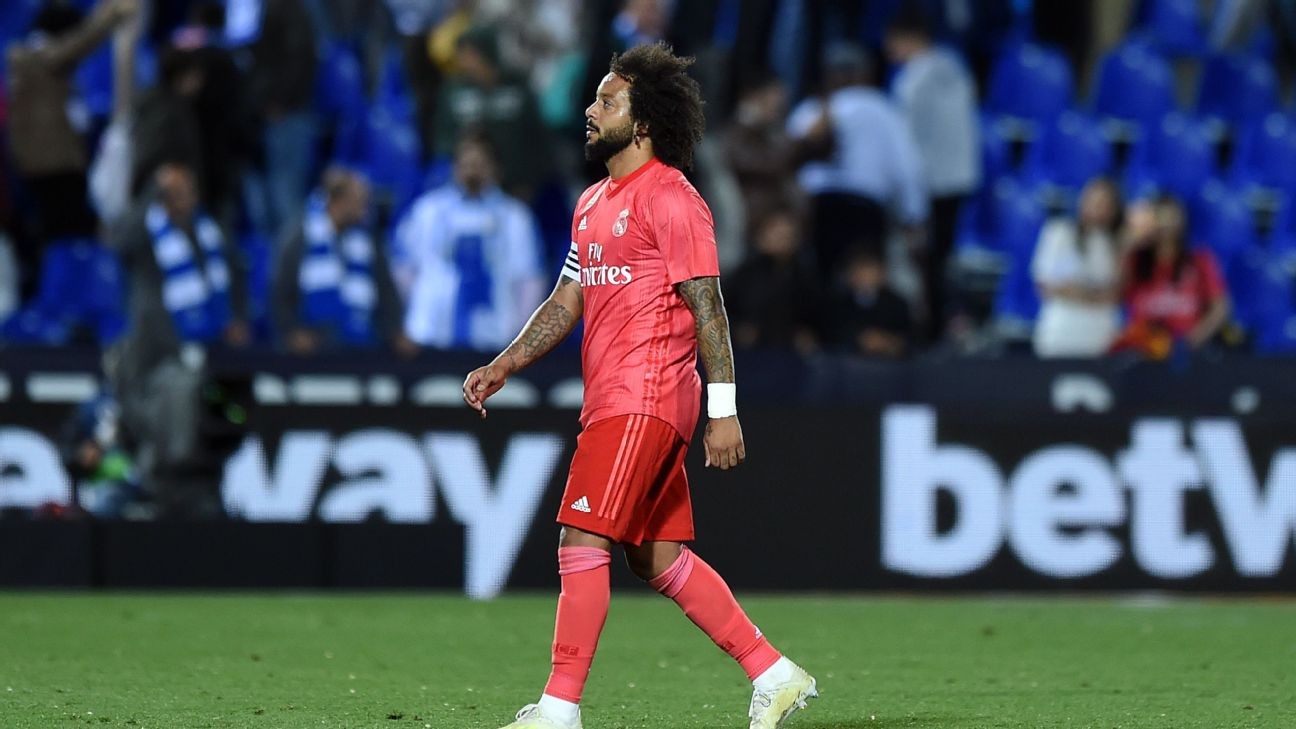 ESPN FC's Gab Marcotti examines the difficulties Real Madrid will have in trying to raise funds to pay for their new acquisitions this transfer window.

Real Madrid left-back Marcelo has no intention of leaving and is focused on fighting for his place despite the pending arrival of France international Ferland Mendy, a source close to the player has told ESPN FC.

Marcelo has won 20 trophies including four Champions Leagues since joining the club in 2007, but the 31-year-old had a poor 2018-19 season during which he lost his place at one point to youngster Sergio Reguilon.

Although Zinedine Zidane's return in March saw Marcelo return to the first team, the French coach has played a key role in the €55 million deal to sign Lyon player Mendy which, sources have told ESPN FC, is due to be completed this week.

However a source close to Marcelo told ESPN FC that Mendy's signing would not change anything for the Madrid vice-captain, as his only thought remained to work hard to be first choice for Madrid for 2019-20.

There have been persistent reports that Marcelo could follow his former teammate Cristiano Ronaldo to Juventus, with Marca claiming that Madrid's hierarchy would allow him to leave this summer.

Marcelo is not with Brazil at this summer's Copa America, with the source saying that he was using the time to ensure he was in prime condition when Madrid begin preseason in early July.

Mendy's move from Lyon is expected to be confirmed once the 24-year-old completes his international duties this week. France coach Didier Deschamps said from the camp on Monday that "two years ago he was in the second division, and now he is going to play for Real Madrid."

As it stands Zidane will have four left-backs reporting for preseason, with homegrown player Reguilon, 22, also being joined by former Atletico Madrid defender Theo Hernandez, 21, who is returning from an uneven season on loan at Real Sociedad.